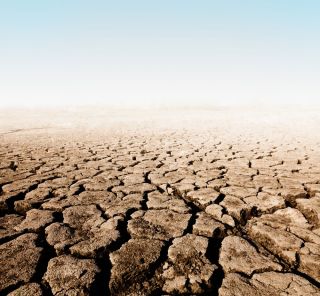 The Secretary of Agriculture has declared 218 more U.S. counties to be drought disaster areas, bringing the total number of American counties designated as disaster areas (mainly due to drought) to more than 50 percent.

More than 1,000 counties in 26 states had already been declared disaster areas by the federal government prior to today's announcement. As of July 24, 53.44 percent of the land area of the United States and Puerto Rico was in moderate drought or worse, and 38.11 percent was in severe drought or worse.

Agriculture Secretary Tom Vilsack also announced an expansion of emergency hay harvesting and grazing on 3.8 million acres of conservation land, an effort to provide relief to livestock producers who are struggling to feed their herds. Vilsack also announced that crop insurance companies have agreed to provide an extra 30-day grace period on their policies, meaning farmers will now have 30 extra days to make payments on their premiums without penalties.

The drought has been tough on agriculture, with the price of corn increasing by 50 percent from June to July alone. The pressure on crops comes during a tight market for grain, researchers said during a briefing with media on July 25. Demand is significantly higher than the last time the United States saw a serious drought in the late 1980s.

June was the 10th driest on record for the Midwest and Great Plains, and the 14th warmest for the same region. [Drought Grips U.S. (Infographic)]

Climate researchers expect the risk of drought in the central United States to increase over the coming decades as the globe warms. This could create an feedback loop in which western forests die, taking with them their ability to take up and store carbon. The result would be even more greenhouse gases in the atmosphere.