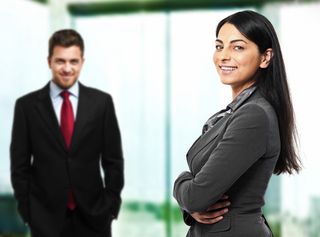 Men who don't worry much about masculinity don't mind when their wives or girlfriends out-earn them, according to research published in the journal Sex Roles.
(Image: © Minerva Studio, Shutterstock)

Men who are less tied up in traditional masculinity, on the other hand, have better-quality relationships with wives or girlfriends who out-earn them.

The findings, reported online in the journal Sex Roles, focused on the changed gender roles of men and women over the last 40 years or so. It has become increasingly common for women to earn as much or more than their male partners. Sometimes, this causes conflict. For example, a 2010 study found that financially dependent men were more likely than higher earners to cheat on their female partners, though researchers couldn't pin down exactly why.

The new study asked 47 men in relationships with higher-earning women to fill out online surveys on their beliefs in masculinity, their relationship quality and the importance of the earnings gap between them and their partner.