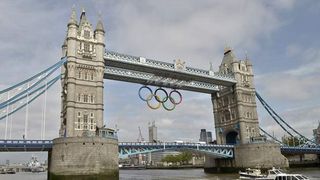 NBC and Google have held war games in case of hacker attacks on the online streaming broadcast of the summer Olympic games in London.
(Image: © London 2012 Olympic Games)

London's preparations for the Summer Olympics Games have included bombproof trash cans and placing anti-aircraft missiles on rooftops, but NBC and Google have held their own war games to prepare for disruptions to plans for streaming broadcasts online.

The planned online coverage spans 3,500 hours of events and would make the 17-day summer games the most watched online event in history, according to The Wall Street Journal. But success requires a flawless handoff from the cameras in London to NBC's New York and Stamford, Conn., offices for advertising tweaks, and finally to Google's offices in San Bruno, Calif. for streaming on YouTube.

Security analysts have warned that such a high-profile event is likely to suffer hacker attacks. NBC and Google have countered by holding a "war game" involving teams in Switzerland, Italy, Connecticut and California.

Online crooks have already launched dozens of scams related to the summer Olympics. One scam email promises a chance to win an all-expense-paid Olympic trip, and another dangles a fake Olympicschedule attachment as bait to plant malware on people's computers.