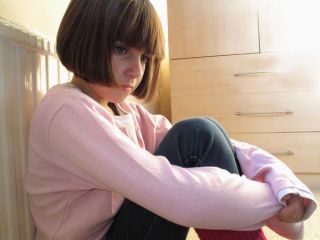 Spanking or hitting children as a means of punishment may increase their risk of mental disorders later in life, a new study finds.

Among adults, 2 to 7 percent of cases of mental disorders — including major depression, anxiety disorder and paranoia — are attributable to physical punishment that occurred during childhood, the researchers said.

The study did not include people who experienced maltreatment as children, such as such as physical or sexual abuse, or emotional neglect.

The study adds to a growing body of research showing that physical punishment in childhood can lead to poor mental health in adulthood, including increased risk of depression, suicidal thoughts and alcohol abuse. [See Embarrassing Punishments Hurt Kids.]

The findings suggest that eliminating all physical punishment of children would reduce the prevalence of mental disorders, the researchers said.

Use of physical punishment with children is controversial, and the practice is opposed by the American Academy of Pediatrics. However, close to 50 percent of U.S. adults say they experienced physical punishment as children, such as being pushed, grabbed, shoved or spanked.

In the new study, Tracie A??, of the University of Manitoba in Canada, and colleagues analyzed information from more than 34,600 U.S. adults ages 20 and older, who were surveyed between 2004 and 2005.

Participants were asked, "As a child how often were you ever pushed, grabbed, shoved, slapped or hit by your parents or any adult living in your house?"

About 6 percent of participants said they experienced these forms of physical punishment sometimes, fairly often, or very often in childhood, without experiencing other forms of maltreatment.

Parents and physicians who work with children should be aware of this link, the researchers said. Policies should focus on ways to reduce physical punishment, including providing information on alterative discipline strategies, such as use of positive reinforcement for good behaviors, they said.

The researchers noted the study found an association, and not a cause-effect link. In addition, the study was limited in that participants were asked to remember their childhood experiences, which may not be entirely accurate, although research suggests people can remember negative events in childhood well.

The study is published today (July 2) in the journal Pediatrics.

Pass it on:  Reducing physical punishment may decrease the percentage of people who suffer from mental disorders.