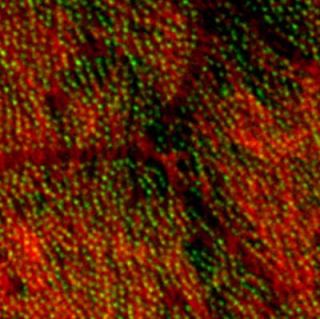 These hairs are tiny, but mighty. Cilia, lash-like structures on a cell's surface, make sure the heart ends up on the left side of the body and the liver on the right. They sweep mucus from the lungs and circulate the fluid needed for proper brain function. They shepherd a woman's eggs from the ovaries to the uterus. And without the extra-long cilium called a flagellum, sperm would be tailless and unable to swim.

Scientists funded by the National Institutes of Health are learning more about basic cilia biology and gaining new insights into how problems with cilia cause diseases.

Getting to Know Cilia

A single cilium is made up of some 600 protein pieces—more than many other cellular structures. Frequently, many cilia work together, rippling like a hayfield in a breeze, to keep body fluids flowing properly.

Other cilia are non-moving loners. A single, antenna-like "primary cilium" sticks out of most cells, and scientists recently found that its job is to sense the environment around a cell. By picking up on incoming signals and transmitting the information to the inner part of the cell, the primary cilium acts as a "communication hub," according to cilia researcher Maxence Nachury of Stanford University. The reason: The primary cilium is chock-full of proteins that help amplify the signaling interactions.

How do cilia-coated cells in the lungs and other places know to grow a whole field, in addition to the primary cilium? Christopher Kintner at the Salk Institute has found that turning on a gene called multicilin tells a cell to produce multiple cilia.

Kintner and his colleagues made this discovery in frog embryos. Because it can be difficult to collect and use human cells for certain types of experiments, researchers frequently study cilia in mice, frogs, worms and even algae—cilia are very similar across all these species.

Scientists can also study wholly artificial cilia. Zvonimir Dogic and his Brandeis University colleagues combined just a few cilia proteins to create cilia that are able to wave and sweep material around—although more slowly and simply than real ones. The researchers are using the lab-made cilia to study how the structures coordinate their movements and what happens when they don’t move properly.

More than a dozen rare but serious genetic disorders stem from cilia glitches.

For example, an error in one or another of several cilia genes can lead to primary ciliary dyskinesia, which affects one person out of 16,000. People with this syndrome have trouble keeping their lungs clear of mucus, sometimes are infertile and may have their organs reversed because their cilia did not push fluid to the left like they're supposed to during embryonic development.

Scientists at the University of Pennsylvania are finding new links between infertility and other cilia defects. Jeremy Wang has found that mice missing a protein called MNS1 have sperm with shortened tails, hampering their swimming. The mice also have problems due to poorly functioning cilia in their brains and tracheas, and many have reversed organs. Wang suspects that mutations in the gene that codes for MNS1 might cause infertility or primary ciliary dyskinesia in people.

Bardet-Biedl syndrome is a genetic condition that occurs in approximately one in 150,000 people and can lead to obesity, blindness, kidney disease and extra fingers and toes. Nachury’s research group discovered that the disease is due, in part, to impairment of the primary cilium’s communication abilities.

Could scientists come up with a cilia repair system to treat these diseases? One day they might be able to use gene therapies to fix mutations that cause mistakes like the ones Wang is learning about. Or they might be able to build on information from Kintner’s research on how cilia form to grow cells with lots of cilia and then transplant them into people who can't make cilia properly on their own.