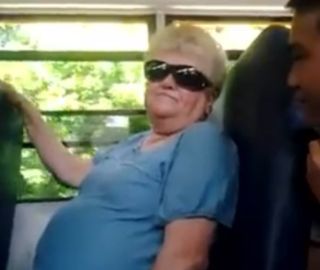 Karen Klein was harassed by tweens while serving as a bus monitor.
(Image: © http://www.indiegogo.com/loveforkarenhklein)

When a kids see other kids being bullied, current teaching advises them to speak up for the victim. But when the victim is an adult, the common response is to freeze.

"I think that's the next wave we're going to see," said Edie Raether, a psychotherapist and author of "Stop Bullying Now." "It is David and Goliath in reverse. Kids run in packs....and an adult is never in either pack or camp and thus it is more risky to speak up...It is a confusing situation, and a confused mind is frozen, passive."

Raether, who speaks internationally on bullying intervention, intends to expand on her book in its next edition, to include the challenges unique to adult victims of child bullies.

In the aftermath of the bullying of a 68-year-old bus monitor that went viral this week via YouTube, the spotlight on victims of bullying has expanded to include adults.

At least four seventh- and eighth-grade boys riding the bus operated by the Greece Central School District, a suburban district in upstate New York, brought Karen Klein to tears with their taunts. The 10-minute video shows the boys poking her, teasing her about her weight, threatening to egg her house, speculating about who she might rape, and talking about putting a knife in her stomach.

While many viewers of the YouTube video were appalled (a fund has been set up to send her on vacation), some experts were not as shocked. Adults who monitor buses, recess, and lunch are often victimized because of their proximity to the behavior, and because their positions often don't carry the full authority of other adults at school, like teachers and administrators, they said.

"Monitors have a ton of responsibility, but they can also be the least respected," clinical psychologist and bullying prevention expert Joel Haber said. "They don't have the same sort of power as other faculty, but their role is very important because they're usually supervising kids when supervision is leaner, like at recess. They get a lot of flak because they're easy to mark."

chools need to make sure all staff who supervise students are trained in bullying prevention, Haber said, and that kids are taught to respect all adults. The Greece Central School District said in a statement on its website that all staff and students have been "fully trained" in its code of conduct, that it hired a counselor to train staff in bullying prevention in March, and that the school recently started using the nationally-renowned Olweus Bullying Prevention Program.

"It's a well-respected program, but programs are only as good as the training and continued training that comes with it," Haber said.

ANALYSIS: Why Do People Bully?

In the Olweus program, kids learn how to support victims when they see bullying. The program has shown how peers can often stop bullying more effectively than direct adult intervention. But kids are less likely to get involved in a situation like Klein's because they don't perceive adults as needing help, Raether said. Fewer kids may join in the bullying, but they are also less likely to intervene, she said.

A bus monitor should be trained to "set the tone to control the behavior," Haber said. "The kids need to sit in their seats, be respectful, and know that there will be consequences when they get to school."

The best way for the school to prevent future episodes of bullying probably starts with a conversation, experts agreed.

"There was some sort of breakdown there, and there needs to be an understanding of what happened," Haber said. "There has to be some further discussion with that group ... and the kids need to make retribution to the adult."

Many schools would suspend students for such behavior, Raether said, but "do you think these kids would care if they missed math class? That's actually rewarding the problem. Also, punishment can make them more angry, and then you have a Columbine situation."

HOWSTUFFWORKS: Is Cyberbullying Out of Control?

Instead, she recommends schools follow her 5 R's: taking responsibility, showing repentance by asking forgiveness, showing resolution to help solve the issue and restitution to correct the harm done, and reconciling with the victim.

"They need to bring the kids together, with the woman if she can handle it (but not if it's too intimidating for her)," Raether said. "Then, the bully or bullies should be asked to do community service work with adults who may be timid due to limitations of some type, where they learn to better empathize with people who may be not strong enough to hold their own."

While the Greece Central School District says it will not comment on specific disciplinary consequences for individual students, the district updated its statement on its website:

"We have received thousands of phone calls and emails from people across the country wanting to convey their thoughts. People are outraged by what has happened and they feel the students should be punished. While we agree that discipline is warranted, we cannot condone the kind of vigilante justice some people are calling for. This is just another form of bullying and cannot be tolerated. "We all need to take a step back and look at how we treat each other. It is our job as educators and parents to teach children and lead by example. We encourage parents to use this as a springboard to begin a dialogue with their children about bullying, respect and consequences. As a school community, we will continue to take the lead in bullying education and we encourage all students and employees subjected to bullying and harassment to report it as soon as it occurs and to take a stand if they are witness to bullying in their lives."