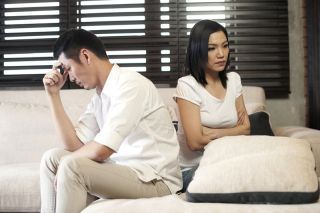 What's on his computer could cause relationship problems.
(Image: © ZINQ Stock, Shutterstock)

Discovering explicit material on a partner's computer "made them feel like they were not good enough, like they could not measure up," Stewart told LiveScience.

"You might be more dissatisfied knowing that your husband of 10 years is looking at pornography versus your 18-year-old boyfriend where you have no idea what he looks at on his computer," Stewart said.