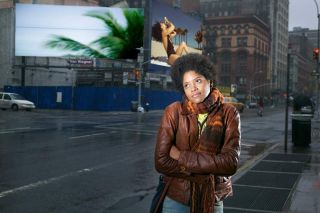 CHICAGO — Next time you're out walking about, you may want to give passers-by a smile, or at least a nod. Recent research reveals that these tiny gestures can make people feel more connected.

People who have been acknowledged by a stranger feel more connected to others immediately after the experience than people who have been deliberately ignored, according to study reported here today (May 24) at the annual meeting of the Society for the Study of Motivation.

"Ostracism is painful," said study researcher Eric Wesselmann, a social psychologist at Purdue University in Indiana. "Sometimes, colloquially, I like to say ostracism sucks. It's not a pleasant experience."

The pain is psychological, but it can also extend to the physical. Studies have linked loneliness to a weakened immune system and a hardening of the arteries, for example. And a variety of laboratory experiments have shown that when a person is excluded, even if for a brief time in something as inconsequential as a silly computer game, they feel worse about themselves and experience an all-around sour mood.

"If you depend upon others for your survival, if you are culled from that group, you are as good as dead," he said.

If that's the case, people should be very tuned-in to clues about social acceptance and rejection. Wesselmann and his colleagues decided to conduct a subtle experiment to find out. Their participants, 239 pedestrians in a busy campus area, didn't even know they were part of a study. They simply passed by someone who acknowledged them politely, acknowledged them with a smile or stared straight through them as if they weren't even there. The researchers were aiming to create a feeling the Germans call "wie Luft behandeln," or "to be looked at as though air." [7 Thoughts That Are Bad For You]

(Psychology has also explained another German expression, "schadenfreude," or the joy we sometimes get when others fail.)

Immediately after this encounter, the unknowing participants got waylaid by another person who asked them to fill out a survey on social connectedness. The participants had no idea that the stranger who had just passed them was part of this study. A fourth group of participants filled out the survey without ever encountering the stranger at all.

The pain of being overlooked

The survey results showed that being pointedly ignored by a stranger had an immediate effect. Participants who'd gotten the cold shoulder reported feeling more socially disconnected than people who'd gotten acknowledged, whether that acknowledgement came with a smile or not. People who hadn't encountered the stranger fell somewhere in the middle.

Cities, suburbs and rural areas all have their own rules about street meet-and-greets. (You'd likely get strange looks nodding at every stranger on the sidewalk in Manhattan, but ignoring fellow walkers in small-town Tennessee wouldn't be looked upon kindly.) Those regional differences could influence the results, Wesselmann told LiveScience, though it's likely that the deliberate "wie Luft behandeln" look would be off-putting anywhere.

Wesselmann and his colleagues detailed their results in February in the journal Psychological Science.