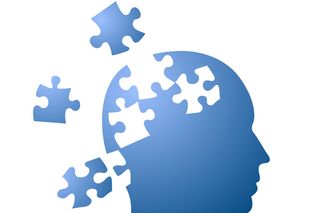 Some personality traits appear to be linked with the risk of developing Parkinson's disease, a new study suggests.

The results show patients with Parkinson's disease are more likely to be cautious and avoid taking risks compared with people who don't have Parkinson's.

Moreover, the tendency to avoid taking risks appears to be a stable personality trait across a patient's lifetime — as far back as 30 years before symptoms began, those with Parkinson's disease said they did not often engage in risky or exhilarating activities, such as riding roller coasters or speeding, the study found.

The findings add to a growing body of research suggesting Parkinson's is more likely to afflict people with rigid, cautious personalities.

It's possible that what we consider to be aspects of someone's personality may in fact be very early manifestations of Parkinson's, said study researcher Kelly Sullivan, of the University of South Florida's department of neurology. However, much more research is needed to confirm this hypothesis, Sullivan said.

It's also way too soon to say that having a "look before you leap" personality puts you at risk for Parkinson's.

"I'm not a big risk-taker, but at the same time, I haven't resigned myself that I'm going to have Parkinson's," Sullivan said.

Since the early 1900s, there have been reports that Parkinson's patients tend to be industrious, punctual, cautious and risk-averse. Most studies that have found a link between Parkinson's and a risk- avoidant personality have been based on assessments of patients' personalities prior to the disease, using questions such as "did you take risks when you were younger?" However, remembering what you were like many years ago may be difficult, and what someone considers a "risk" is subjective, Sullivan said.

In the new study, Sullivan and colleagues asked 89 patients with Parkinson's and 99 healthy people whether they engaged in specific activities— such as riding roller coasters, speeding and wearing a seatbelt— before the age of 35.

Another study by Sullivan and colleagues found women with Parkinson's disease were 60 percent more likely to say they had a routine lifestyle as a young adult (such as getting up and going to bed at the same time every day) compared with people without Parkinson's.

A brain chemical called dopamine is needed to control muscle movement, and in Parkinson's disease patients, the brain cells that produce dopamine start to die. This cellular death leads to the tremors and difficulty with walking, movement and coordination, which are hallmarks of Parkinson's.

Levels of dopamine may also affect personality. Dopamine is responsible for signaling feelings of reward and pleasure. "When you take a risk or jump out of an airplane, that’s what gives you that reward feeling," Sullivan said.

"If you have lower levels of dopamine, it's less likely that you would really get that neurochemical reward and say 'That was awesome! Let's keep doing that,'" Sullivan said.

More research is needed to know exactly how long this process of brain cell loss goes on, and whether the risk-avoidant behaviors exhibited early in life by Parkinson's patients are actually manifestations of the disease, Sullivan said.

Sullivan's studies were presented last week at the American Academy of Neurology meeting in New Orleans.

Pass it on: Parkinson's diseases patients tend to have more cautious personalities.