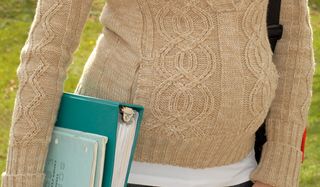 A 10-year-old girl in Colombia recently gave birth via caesarian section, placing her among the youngest mothers in the world. Though the girl is now recovering, her case highlights the dangers of pregnancy before maturity, doctors say.

"No 10-year-old anywhere in the world should be having a baby," Lewis Wall, a professor of obstetrics and gynecology at the Washington University School of Medicine in St. Louis, told LiveScience.

According to Good Morning America, the 10-year-old girl, a member of the Wayuu tribe in Manaure, Colombia, delivered a 5-pound (2.26 kilogram) baby girl. The age of the father is not known, but Colombian police reportedly cannot press charges as the tribe is under its own jurisdiction.

The obvious risks of such an ordeal are mental, Wall said.

"Any 10-year-old who is pregnant has already been abused significantly by somebody," he said. "That probably should go without saying."

"The placenta preferentially will take nutrition from the mother, who really is a child," said Sherry Thomas, an ob/gyn at Mission Community Hospital in Panorama City, Calif. That means that the developing fetus will leach calcium and other nutrients from a child who should still be growing herself. Likewise, pregnancy puts a major strain on the cardiovascular system, according to Wall. Pregnant women have about 50 percent more blood circulating through their bodies compared with non-pregnant women. [8 Odd Bodily Changes During Pregnancy]

The greatest danger, however, is to the pelvic floor. Girls may start ovulating and menstruating as early as age 9, though the average is around 12 to 13. (Some studies suggest that the average age of first menstruation is dropping, but the data is not conclusive.) Just because a girl can get pregnant, though, doesn't mean she can safely deliver a baby. The pelvis does not fully widen until the late teens, meaning that young girls may not be able to push the baby through the birth canal.

The results are horrific, said Wall and Thomas, who have both worked in Africa treating women in the aftermath of such labors. Girls may labor for days; many die. Their babies often don't survive labor either.

The women and girls who do survive often develop fistulas, which are holes between the vaginal wall and the rectum or bladder. When the baby's head pushes down and gets stuck, it can cut portions of the mother's soft tissue between its skull and her pelvic bones. As a result, the tissue dies, and a hole forms. Feces and urine then leak through the hole and out of the vagina. Women with fistulas are often divorced and shunned. And young girls are at higher risk.

"The younger you are, the more trauma will occur, because the pelvic floor isn't developed enough," Thomas said. In that way, she said, the young Colombian girl was fortunate to have access to a hospital that could provide a caesarean section.

As growth tends to slow in girls once menstruation starts, a 10-year-old capable of getting pregnant is likely to be especially small, with a small pelvis, Wall said. And even if puberty onset is happening earlier (Wall isn't entirely convinced by the current data), pelvises are certainly not maturing any faster, he said. If puberty does occur earlier, that would put young girls at risk for dangerous pregnancies for a longer period of time.

"It's heart-wrenching," Thomas said. "It's just overwhelming to see these young women pregnant and delivering."