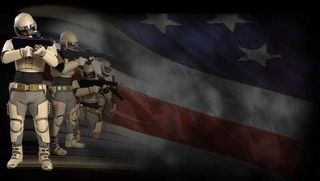 Brain research and associated advances such as brain-machine interfaces that are funded by the U.S. military and intelligence communities raise profound ethical concerns, caution researchers who cite the potentially lethal applications of such work and other consequences.

Rapid advances in neuroscience made over the last decade have many dual-use applications of both military and civilian interest. Researchers who receive military funding — with the U.S. Department of Defense spending more than $350 million on neuroscience in 2011 — may not fully realize how dangerous their work might be, say scientists in an essay published online today (March 20) in the open-access journal PLoS Biology.

For instance, a brain-computer interface was used by a monkey to remotely control a walking robot in 2007. However, such interfaces could help people operate weapons, robotic exoskeletons, killer drones and other machines while sheltered from the reality of combat and its deadly consequences, said bioethicist Jonathan Moreno at the University of Pennsylvania, author of "Mind Wars: Brain Research and National Defense" (Dana Press, 2006).

"The question about brain-machine interfaces is whether we are continuing to lower the bar for conflict," Moreno told InnovationNewsDaily. "Certainly there are people in the armed forces and in policy who find the distancing of war fighters from combat disconcerting."

Other research can enhance or suppress brain activity of soldiers on the battlefield with so-called neuromodulation technologies. For instance, so-called transcranial magnetic stimulation or transcranial pulsed ultrasound could, in principle, apply magnetic fields or ultrasound pulses on the brain to reduce fatigue and mental trauma as well as improve mood, attention, learning and memory.

However, the scientists say that currently soldiers abuse mind-enhancing drugs with deadly consequences, raising the question of whether or not neuromodulation technologies might require caution. For instance, in 2003, two U.S. pilots taking amphetamines used to reduce fatigue accidentally killed four Canadian soldiers and injured eight others in Afghanistan.

In addition, with any potential enhancement, "there's a question of whether we can or should make the young men and women in our armed forces act like human guinea pigs of some kind," Moreno said. "But when you're talking about enhancements like these, there's a huge temptation to use them." [The Most Outrageous Military Experiments]

These neuroscience advancements also have implications for prisoners of war or otherwise, presenting their own ethical dilemmas. For instance, some in the military have suggested that brain scanners could spot a prisoner's deception better than traditional lie-detector polygraph machines. However, many scientists have questioned how reliable these approaches are, and thus whether prisoners might be wrongly freed or blamed for what these scanners might reveal during interrogation. Such brain scanners also raise legal and ethical issues — for instance, under U.S. law, use of brain-scanning technologies may violate the Fourth Amendment, calling into question whether they constitute unreasonable search and seizure.

In addition, the idea of using chemicals to help get information from prisoners during interrogations "raises international human rights questions — would they be in violation of the Chemical Weapons Convention?" Moreno said. "Not everyone agrees they would be, but a lot of people think that'd be true."

Just as many nuclear scientists during the Cold War discussed the use of atomic weapons, contributing to the test ban treaties of the 1960s, neuroscientists today could engage the ethical, legal and social implications of the militarization of their work.

"There are people throughout the academic and military establishments — not many, but a few — who are engaged in very serious conversations about these ideas," Moreno said. "The time will come when I think congressional hearings would be appropriate."