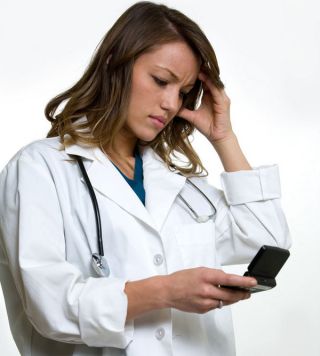 ATLANTA — Researchers have recently used social media to track the spread of diseases such as influenza, and now they are attempting to use such technologies to tackle a different public health issue: the spread of misinformation.

There is widespread acknowledgement that myths and bad information about public health won't be going away. At the same time, experts say they are paying more attention to monitoring misinformation and the public's negative responses to health initiatives, with the hope of countering them.

"There is a sense that the horse has left the barn," said Wen-Ying Sylvia Chou, program director of the Health Communication and Informatics Research Branch at the National Cancer Institute, speaking at the International Conference on Emerging Infectious Diseases here on Tuesday (March 13).

An increasing social media presence may get attention, but not be enough to get messages out. Chou pointed to the CDC's tongue-in-cheek "zombie preparedness guide," which the agency posted on its website in May.

While the guide generated lively discussions of disaster preparedness on Twitter, reached a younger audience and garnered enough mention that the site's server crashed from the traffic, it did not necessarily lead to people creating disaster plans after reading it, Chou said.

To better measure people's engagement with health information, some have turned to the same methods used in disease surveillance.

John Brownstein, an associate professor in emergency medicine and informatics at Children’s Hospital, Boston, has created tracking systems for flu based on Google results and used Twitter to trace the spread of cholera through Haiti.

Now he is studying Twitter responses to vaccine initiatives, with the hope of dispelling myths about vaccinations.

He pointed to a study last year from Penn State University, which found that regions where people were writing negative tweets about the flu vaccine during the swine flu pandemic in 2009 were also the regions where fewer people were getting vaccinated.

Social media can help identify such pockets of negative sentiment, he said, and show researchers where efforts to get information out might be focused.

However, there can also be pitfalls to promoting truthful information.

"Positive messages sometimes can create more negativity," said Brownstein, when a cluster of people who disagree with a public health message respond.

Chou similarly said that for groups who disagree with a public health message, workers may need to reach out to speak with them and not attempt to change minds with social media alone.

Social media might provide a good method of monitoring negative responses to public health messages, but it isn't clear how to take that information and turn those negative sentiments around, said Seth Mnookin, whose book "The Panic Virus" (Simon & Schuster, 2011) discussed the story behind perhaps the most wide-reaching and dangerous instance of public health misinformation: the autism-vaccine controversy.

Mnookin said that allaying myths and fears about vaccines might involve a less technological social network.

He suggested pediatricians set aside office hours for talking with groups of parents. In addition to helping several parents at once and saving time for doctors, this would also acknowledge the reality of how parents discuss concerns with each other.

For example, parents might be reassured by their child's pediatrician at a checkup that childhood vaccines don’t contain thimerosal (the mercury compound once falsely linked to autism), only to be told later by another parent that vaccines contain antifreeze. (They do not.)

"It's those parent-to-parent interactions that are fueling a lot of the concerns," Mnookin said.

By having these parents speak with the doctor at the same time, a lot of these fears might be alleviated all at once. The conference is sponsored by the Centers for Disease Control and Prevention and managed by the American Society for Microbiology.

Pass it on: Social media can be useful in monitoring and dispelling health misinformation and myths.