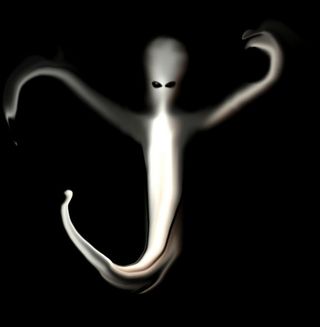 Belief in witchcraft and magic can turn deadly.
(Image: © Dreamstime)

Two people have been found guilty in the exorcism murder two years ago of a 15-year-old boy. The pair accused Kristy Bamu of practicing witchcraft and being possessed by demons.

According to a BBC News report:

Eric Bikubi, 28, and Magalie Bamu, aged 29, from Newham, east London, had denied killing Bamu's 15-year-old brother, Kristy. Kristy drowned in a bath on Christmas Day in 2010, during torture to produce exorcism, an Old Bailey jury heard. During the trial, jurors heard Kristy was in such pain after three days of attacks by Bikubi and Bamu, who used knives, sticks, metal bars, and a hammer and chisel, that he "begged to die," before slipping under the water. Kristy had been killed while he and his siblings were visiting Bikubi and Bamu for Christmas, the court was told. During the stay, Bikubi turned on them, accusing them of bringing "kindoki" -- or witchcraft -- into his home.

Both defendants and the victim were from the African country Democratic Republic of Congo, where belief in magic and demons is widespread; in fact a 2010 Gallup poll found that over half of Africans in sub-Saharan Africa believe in witchcraft.

Exorcism and demonic possession are of course nothing new in entertainment, exploding into pop culture with William Friedkin’s classic 1973 horror film The Exorcist.

In the 1980s many heavy metal bands embraced pseudo-satanic imagery, much to the consternation of social conservatives like Tipper Gore and the Parents Music Resource Center (whose "Parental Advisory" warning labels remain on music today). Singer Nicki Minaj performed an exorcism-inspired song at the Grammy Awards ceremony a few weeks ago, and Hollywood routinely cranks out low-budget exorcism-themed films.

All this is entertainment. But as the death of Kristy Bamu reminds us, belief in demons and exorcism is very real to many people and can have serious consequences. Most religions claim that humans can be possessed by demonic spirits (the Bible, for example, recounts six instances of Jesus casting out demons) and offer exorcisms to address this threat.

This is not the first time that exorcisms have cost innocent lives. On Aug. 22, 2003, an autistic 8-year-old boy in Milwaukee was bound in sheets and held down by church members during a prayer service held to exorcise the evil spirits they blamed for his condition. An autopsy found extensive bruising on the back of the child's neck and concluded that he died of asphyxiation.

An exorcism in 2005 at a convent in the Romanian town of Tanacu resulted in the death of Maricica Irina Cornici, a 23-year-old nun who said she heard the devil telling her she was sinful. With assistance from four nuns, priest Daniel Corogeanu bound Cornici to a cross, gagged her mouth with a towel, and left her for three days without food or water. The ritual was an effort to drive devils out of the woman. Cornici, who had a history of schizophrenia, died of suffocation and dehydration.

The Vatican (which as of last year offered courses on exorcisms) accepts only a small percentage of demonic possessions as "authentic," which of course suggests that there are a lot of unauthentic cases of possession out there. The Vatican issued official guidelines on exorcism in 1614 and revised them in 1999. Along with a handful of Vatican-sanctioned exorcists, hundreds of self-styled exorcists roam America and the world supposedly helping people cleanse themselves.

Author Michael Cuneo, who participated in more than 50 exorcisms while researching his book American Exorcism: Expelling Demons in the Land of Plenty (2002, Broadway Books) found no reason to think that anything supernatural occurs during exorcisms. While many Americans likely think of exorcisms as relics of the Dark Ages, exorcisms continue to be performed, often on (and by) people who are emotionally and mentally disturbed.

Whether those undergoing the exorcism are truly possessed by spirits or demons is another matter entirely. The death of people like Kristy Bamu and others reminds us that faith and belief in the supernatural can have a dark side.