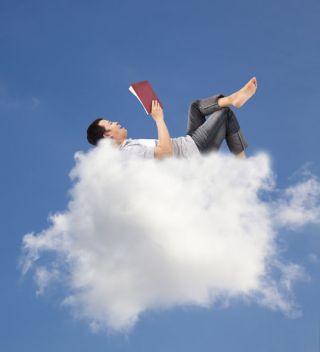 New research reveals why people like to reread books, re-watch movies and generally repeat the same experiences over and over again. It’s not addictive or ritualistic behavior, but rather a conscious effort to probe deeper layers of significance in the revisited material, while also reflecting on one's own growth through the lens of the familiar book, movie or place.

Cristel Russell, a consumer behavior researcher at American University, and her colleagues interviewed 23 people to identify the underlying reasons for what they call "re-consumption." As detailed in a forthcoming paper in the Journal of Consumer Research, the researchers found that re-consumption is not merely a nostalgic attempt to retrieve the past, but rather an active search for new meaning, and one that has great emotional value.

"Because re-experiencing offers a way to look at oneself through the same lens but with different eyes, it offers many therapeutic benefits," Russell wrote in an email. "So long as one is actively conscious of the re-experience (and it's not a passive, uncontrollable addiction), it can offer many self-reflexive opportunities."

For example, one study participant was a church minister who regularly rereads the Bible. He said he sometimes interprets familiar passages differently and therefore has to amend the views he might have expressed publicly. "He saw this as a sign of growth," Russell told Life’s Little Mysteries. [6 Fun Ways to Sharpen Your Memory]

The authors said their finding confirmed an assertion of the German philosopher Martin Heidegger, who in 1953 argued that repetition enables one to achieve an understanding of one’s personal past. More importantly, re-consuming causes the contrasts between our past and present selves to become manifest. We recall how we interpreted words or footage in the past, and reflect on the differences with our current interpretation.

Re-consumption also can be deeply therapeutic. "Psychotherapists view the repetition of an experience as useful to purge that experience of its emotional excesses, a psychoanalytical concept called abreaction," the study authors explain. "The re-experience allows one to become conscious of repressed or suppressed traumatic events. It has led the way to abreaction therapy, where patients are helped to re-enact the experience in a controlled environment  – for instance, to resolve post–traumatic stress disorder, characterized by the persistent re-experience of a traumatic event."

For example, a study participant named Lynette read a book, "The Bridges of Madison County," for abreaction. She explained that there are "just times when I’m feeling a bit low for some reason; I need to read that book, have a real good cry, and get it all out of my system  –  and, I don’t know, it just does it for me."

In short, the researchers explained, the book allows her to purge an excess of sadness.

Russell said the new findings have profound implications for marketing. "Marketers are always trying to keep experiences fresh and new. We show that even old experiences can be perceived as offering new perspectives," she wrote. "Also, many industries are in the business of re-launching, or creating new versions of this or that (movies made from stories in a book, re-releases of old classics, etc.), so we show them the ways in which consumers may respond to these re-experiences."

The study has psychological implications, too, she said. Instead of feeling awkward or unusual about rereading the same books, re-watching films or revisiting the same places, the study shows that in fact re-consuming is therapeutic and should be encouraged. "In the age of progress and always pushing newness and differences, it seems that we forget that it's okay to redo."