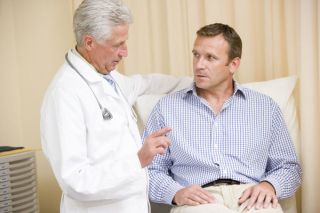 Everybody lies — even doctors.

A new study finds 11 percent of doctors say that they have told a patient or a child's guardian something that was not true in the past year, and about 20 percent say they have not fully disclosed a mistake to a patient because they were afraid of being sued.

The results also show 34 percent of doctors surveyed did not "completely agree" that physicians should disclose all significant medical errors to affected patients. Instead, these doctors said they only somewhat agreed, or disagreed.

"Our findings raise concerns that some patients might not receive complete and accurate information from their physicians," the researchers write in the February issue of the journal Health Affairs. The findings also question whether patient-centered care — which is a philosophy of medicine that respects the preferences, needs and values of patients — is possible without more openness and honesty, the researchers from Harvard Medical School said.

While the ultimate effect of such untruths is not known, they could make patients "less able to make health care decisions that reflect their values and goals," the researchers said.

To be fair, the researchers acknowledged not knowing the circumstances under which physicians lied, and communication regarding health issues can be complex. Physicians must often wade through conflicting and confusing information as a case goes on. Telling a patient something that turns out to be wrong might not be helpful, the researchers said.

More research is needed to better understand when and why physicians feel justified in a lapse of honesty.

The researchers surveyed close to 1,900 physicians from a broad range of specialties about their agreement with the principles outlined in the Charter on Medical Professionalism, a charter endorsed by more than 100 professional medical groups worldwide.

While the majority of doctors agreed that physicians should "never tell a patient something that is not true," about 17 percent did not completely agree.

In addition, about 35 percent of doctors did not agree with the statement that physicians should "disclose financial relationships with drug and device companies to heir patients."

Women and minority physicians were more likely than white, male doctors to say they agreed with the principles of honesty and openness, according to the study. This may be because, as underrepresented groups in medicine, women and minorities feel more compelled to comply with such professional codes, the researchers wrote.

When is it OK to lie?

Some physicians might not tell their patients the whole truth because they don’t want to upset them, worry them or cause them to lose hope, the researchers said.

"Especially in the context of life-threatening illness, physicians might not tell patients the complete truth because of lack of training, time limitations, uncertainty about prognostic accuracy, family requests and feelings of inadequacy about their medical interventions," the researchers said.

Some physicians may also wonder about revealing errors when no harm came of them. However, studies show that "informing patients fully about medical errors can reduce anger and lessen patients’ interest in bringing malpractice lawsuits," the researchers said.

Pass it on: About 1 in 10 physicians say they have told patients something that was not true in the last year.