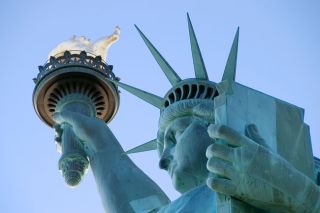 People who move to a new country during early childhood may be at increased risk of developing psychiatric disorders, including schizophrenia and bipolar disorder, a new study suggests.

The results show that people who immigrated to The Netherlands when they were four years old or younger were about three times more likely to be diagnosed with a psychiatric disorder later in life than non-immigrants.

The older the immigrants were when they moved to The Netherlands, the lower their risk of developing a psychiatric disorder, the study found.

While previous work has found a link between immigration and an increased risk of psychiatric disorders, the new study is the first to look at whether a person's age at the time they moved has an effect. The findings suggest there may be a window of time during which people are particularly vulnerable to this risk.

The study is published in the December issue of the American Journal of Psychiatry.

Dr. Ezra Susser, of the Mailman School of Public Health at Columbia University, and colleagues attempted to identify every person living in The Hague, a city in The Netherlands, between the ages of 15 and 54 who visited a physician for diagnosis of a psychiatric disorder between 1997 and 2005.

The diagnoses were confirmed by two psychiatrists. Patients were included in the study if they were diagnosed with schizophrenia or other disorders involving psychosis (a loss of connection with reality), including bipolar disorder and one type of depression.

About 500,000 people living in The Hague at the time of the study were considered "at risk" for psychosis.

People whose parents had immigrated were also more likely to be diagnosed with a psychiatric disorder than other Dutch citizens, but their risk was less than those who had immigrated themselves.

No heightened risk for psychiatric disorders was found among people who had immigrated to The Netherlands from Western countries.

Previous studies that found an association between migration and psychosis could not suggest how the link worked -- migration might cause psychosis, or it could be that psychotic people are more likely to migrate. The new study suggests the former because people with the highest risks of developing a psychiatric disorder were very young.

The increased risk of psychosis may be due to the act of migration itself, or a person's status as a minority in a new country, the researchers said. Chronic exposure to social adversity in childhood may predispose people to developing paranoia and delusions, according to the study.

In addition, "It is plausible that severe family stress in preparation for migration and during adjustment to the host country could influence early child development adversely," the researchers wrote.

Stress in a woman during pregnancy may have also contributed to an increased risk of psychosis among those who immigrated before the age of one, the researchers said.

More research is needed to investigate the factors that lead to psychosis among immigrants.

Interventions that allow immigrants to develop their identity and feel more socially empowered may be useful in reducing the risks of psychosis, the researchers said.

Pass it on: Immigration in childhood may increase the risk of psychosis.