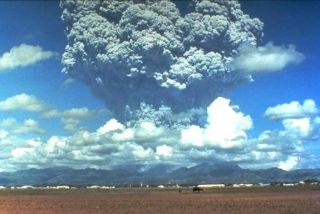 The year 2011 has flown by without a hitch … or, at least, without Earth bursting into flames. Radio evangelist Harold Camping's famous pair of prophecies — his prediction that true Christians would be safely evacuated to heaven on May 21, and that a series of global cataclysms would then climax in a grand, Earth-shattering finale on Oct. 21 — seem to have flopped.

Camping himself doesn't have much to say on the subject. After the crash-and-burn of his Oct. 21 endtimes prediction , the 90-year-old minister retired from Family Radio Network — the Christian talk show he co-founded in 1958 — and stepped away from the limelight. According to Susan Espinoza, a Family Radio spokeswoman, Camping "is not predicting any new dates for the end of the world."

Espinoza explained that Camping had been certain of the accuracy of his 2011 prophecies. "He believed the Bible taught very definitely that the Rapture would occur on May 21, 2011 , and the end of the world on October 21. Because that did not happen, he is rethinking what God is teaching us about those dates, and what we should be doing now," she told Life's Little Mysteries.

"He does not feel inclined to search for any new dates." [Doomsday Facts (or Fictions )]

One thing is guaranteed, however: Camping will not be jumping on the bandwagon with people who believe the world will end on Dec. 21, 2012 — the date that supposedly marks the end of the Mayan calendar cycle. "Mr. Camping does not believe the Mayan calendar holds any significance at all," Espinoza said in an email.