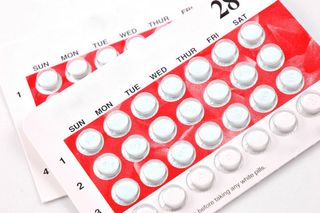 "The Catholic church condemns all forms of contraception, as outlined by Pope Paul VI in Humanae Vitae in 1968," the researchers wrote, in a comment published in the Dec. 8 issue of the journal the Lancet. But the document also says the church does not forbid medicine that has a contraceptive effect if that medicine is necessary to cure diseases.

"If the Catholic church could make the contraceptive pill freely available to all its nuns, it would reduce the risk of those accursed pests, cancer of the ovary and uterus, and give nuns' plight the recognition it deserves," the researchers wrote. There are nearly 95,000 Catholic nuns in the world today.

The comment was written by Dr. Kara Britt, of Monash University, and Roger Short, of the University of Melbourne, both in Australia.

Women who never become pregnant have more menstrual cycles than women who have children, and this increases cancer risk, the researchers said. Having children at a young age, bearing more children and breastfeeding reduce cancer risk.

Studies show the overall risk of dying over any given period is 12 percent lower in women using the contraceptive pill than in women who've never taken the pill, the authors said. The risk of developing ovarian and endometrial cancers falls by 50-to-60 percent in pill users, compared with never-users, and protection persists for 20 years. The pill has not been found to reduce the risk of breast cancer.

As with any medication, the pill is not risk-free. For example, the pills that contain both estrogen and progestogen can increase the risk of blood clots. As such, a woman's medical history should always be considered before starting the pill, the researchers said.

Pass it on: The pill may reduce the risk of ovarian and uterine cancer in nuns, researchers argue.