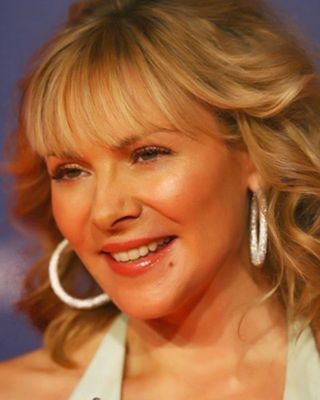 Intuitively, we know the images we see of celebrities and models are too beautiful to be true. And now two researchers are proposing a system intended to offer a reality check for images photoshopped to super-human perfection.

"Impossibly thin, tall, and wrinkle- and blemish-free models are routinely splashed onto billboards, advertisements and magazine covers," write researchers Hany Farid, a professor of computer science and Eric Kee, a doctoral student, both of Dartmouth College, in an article published today (Nov. 28) in the journal Proceedings of the National Academy of Sciences. "The ubiquity of these unrealistic and highly idealized images has been linked to eating disorders and body-image dissatisfaction in men, women, and children."

They aren't alone. Earlier this year, for example, the American Medical Association (AMA) adopted a policy intended to discourage the alteration of photos in ways that could "promote unrealistic expectations of appropriate body image." Research has linked exposure to unrealistic body images to eating disorders and other child- and adolescent-health problems, according to the AMA.

Hany and Kee think viewers should know how much an image has been altered.

To do so, they propose a rating system that takes into account two types of adjustments made to photos: Geometric adjustments would include slimming legs, hips or arms, adjusting facial symmetry or enlarging the eyes, for example. Meanwhile, photometric adjustments affect skin tone and texture, and might include changes that remove wrinkles, cellulite, bagging or dark circles under the eyes and facial blemishes.

Together, these changes can dramatically alter an image's appearance, according to the researchers, who set out to deconstruct them by generating statistics describing the changes made to retouched photos.

"We start with the before-and-after digital images, from which we automatically estimate the geometric and photometric changes, effectively reverse-engineering the manipulations that a photo retoucher has made," Farid said.

Farid and Kee checked their approach by having 390 human observers compare and rank 468 pairs of before-and-after photos, which were collected from a variety of online resources, primarily the websites of photo retouchers showcasing their services.

They found that the summary statistics their approach generated matched up well with the human observers' ratings.

"Such a rating may provide incentive for publishers and models to reduce some of the more extreme forms of digital retouching that are common today," the researchers write. "It remains to be seen if this rating can mediate the adverse effects of being inundated with unrealistic body images."