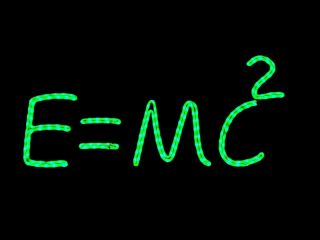 Young geniuses might have once made nearly all of the significant breakthroughs in science, but nowadays that's doesn't seem to be the case, suggests a new study.

Einstein once said, "A person who has not made his great contribution to science before the age of 30 will never do so." The genius himself discovered that matter was transmutable to energy with his famous equation E = mc2 and helped lay the foundations of quantum theory by that age as evidence for his claim.

That peak age has shifted considerably, the researchers found, with 48 being prime time for physicists.

To investigate this notion further, researchers analyzed 525 Nobel Prizes given in physics, chemistry and medicine from 1901 to 2008. They compared how the age of peak creativity, measured by the average age at which Nobel laureates did their prize-winning work, varied between fields and changed over time within fields.

"There is a lot of interest in transformative research, which breaks through conventional ways of thinking, but we really do not know how important or common it is," said researcher Bruce Weinberg, a labor economist at Ohio State University.

"Businesses, universities and research institutions all must make bets on whom to hire and support in pursuit of achieving scientific breakthroughs — knowing when creativity peaks, and how this relates to the type of research and the state of knowledge in a given field, can provide predictive tools in placing these bets," researcher Benjamin Jones, an economist at Northwestern University, told LiveScience.

The investigators found that great scientific achievement before age 30 was indeed common in all disciplines before 1905. About two-thirds of winners in these fields did their prize-winning work before age 40, and about 20 percent did it before 30.

However, contrary to what Einstein once said, this phenomenon has become increasingly rare. [Is Einstein the Last Genius?]

"The age at which scientists make important contributions is getting older over time," Weinberg told LiveScience.

By 2000, great work before age 30 almost never happened in any of the three fields. In physics, great achievements by age 40 occurred in only 19 percent of cases by the year 2000, and in chemistry, it almost never occurred.

"The image of the brilliant young scientist who makes critical breakthroughs in science is increasingly outdated, at least in these three disciplines," Weinberg said. "Today, the average age at which physicists do their Nobel Prize-winning work is 48. Very little breakthrough work is done by physicists under 30."

The reasons for this age shift might have to do in part with how long it now takes scientists to learn all they need to know to make these breakthroughs. Although the majority of Nobel laureates received their doctoral degrees by age 25 in the early 20th century, all three disciplines showed substantial declines in this tendency over time, with almost no physics or chemistry laureates receiving their degrees that early in life by the end of the 20th century.

The age shift might also have to do with the nature of the breakthroughs honored, researchers added.

For instance, in physics, in the early 20th century, a rise in young scientists generating prize-winning work coincided with the development of quantum mechanics. In fact, in 1923, the proportion of physicists who did their breakthrough work by age 30 peaked at 31 percent. Those who did their best work by age 40 peaked in 1934 at 78 percent. The proportion of physics laureates producing Nobel Prize-winning work under age 30 or 40 then declined throughout the rest of the century. [Twisted Physics: 7 Mind-Blowing Findings]

"Young physicists at the time were part of a revolution in theoretical knowledge. The development of quantum mechanics meant that older theories and knowledge were less relevant to what they were doing," Weinberg said. "It may be that young scientists did better, in part, because they never learned the older ways of thinking and could think in new ways."

This move away from old ways of thinking in the early 20th century can be seen in a strong tendency found in physics of that era to reference mostly recent work in their papers.

"The fact that physicists in the early 20th century were citing mostly recent work suggests that older scientists didn't have any advantage — their more complete knowledge of older work wasn't necessary to make important contributions to the field," Weinberg said. "That could be one reason why younger scientists made such a mark."

Now, however, physicists are more likely to cite older studies in their papers, Weinberg noted. That means older scientists might benefit from their greater depth of knowledge.

"People like Einstein and Paul Dirac (who predicted the existence of antimatter) thought that physics really belonged to young people, and that turns out to be fairly true for their time, but today the average physicist does his Nobel Prize-winning work at age 48," Weinberg said.

The fact that scientific breakthroughs are apparently no longer dominated by the young might have a silver lining, Weinberg said, because the research work force is aging considerably.

"If you take the view that science is a young person's game, then this aging trend is alarming, but if scientists can be productive as they get older, as this study suggests, there may be less of a problem," Weinberg said. "There is also a lot of interest in thinking about how to target support for research — should most support go to older workers, or should we gear more to the young?"

Weinberg and Jones detailed their findings online today (Nov. 7) in the Proceedings of the National Academy of Sciences.