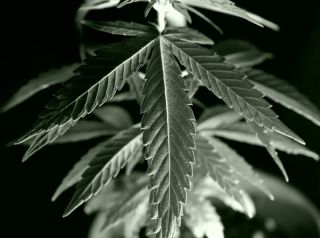 Changes to a single enzyme in the genetic code turn the plant's psychoactive compounds into non-high-inducing molecules.

What stands between hemp and a high? Geneticists have discovered that changes to a single enzyme in the genetic code turn the plant's psychoactive compounds into non-high-inducing molecules. The research could help improve cannabis-based therapies and crops.

Marijuana and hemp come from different strains of the cannabis plant, Cannabis sativa. Hemp is used to make fiber and oils and was one of the earliest domesticated plant species, used for textile production in China more than 6,000 years ago. Marijuana is used as a psychoactive drug and has been used for thousands of years as medicine.

"Plants continue to be a major source of medicines, both as herbal drugs and as pharmaceutical compounds," study researcher Jonathan Page, of the University of Saskatchewan in Canada, said in a statement.

"Decoding the cannabis genome will help answer basic questions about the biology of Cannabis sativa and further the development of its myriad applications, including strains for pharmaceutical production, and hemp plants with improved productivity," Page added. [Trippy Tales: The History of 8 Hallucinogens]

The big difference between marijuana and hemp is the production of different chemicals called cannabinoids. Marijuana produces tetrahydrocannabinolic acid (THCA, which turns into THC when heated) instead of the non-psychoactive compound cannabidiolic acid produced by the hemp plant strains. THCA is the compound that is responsible for not only the high that pot gives, but also its medicinal effects.

To figure out why one strain produces THCA and the other doesn't, Page and Tim Hughes, of the University of Toronto, analyzed the complete genetic codes, or genomes, of the marijuana strain Purple Kush (widely used for medicinal purposes) and the domesticated hemp strain called Finola.

The researchers not only compared the DNA sequences of the two plants, but looked at which genes were "turned on," a genetic sequence called a transcriptome, in the plant's flowers.

"The transcriptome analysis showed that the THCA synthase gene, an essential enzyme in THCA production, is turned on in marijuana, but switched off in hemp," Page said.

The researchers said that domestication, cultivation and breeding of marijuana plant strains likely led to the selection of plants with higher expression of this gene, the THCA synthase, in strains for medical use and lower expression of the gene in fiber and oil plants.

These selection pressures by marijuana breeders probably also led to the loss of another gene altogether, the cannabidiolic acid synthase. In hemp, this gene uses up the chemical precursor to THCA to make cannabidolic acid instead, depriving the plant of needed materials to produce the psychoactive compound. As a result hemp has very low levels of the high-inducing THCA and high levels of cannaboidiolic acid.

Learning more about the differences between different strains of the cannabis plant could help design a better plant to make fibers and hemp oil. It could also improve treatments for glaucoma, nausea, headache, lack of appetite and pain, conditions marijuana has been approved to treat in 17 U.S. states, including California, Arizona and Maine, as well as in Canada, the researchers say.

The first marijuana genome was sequenced earlier this year by the biotech company Medicinal Genomics. The data and methods used have not been peer reviewed, but the fragmented sequence was deposited into a public database. The strain used in that sequence was named "chemdawg" and is often used medically.

The study was published Oct. 19 in the journal Genome Biology.