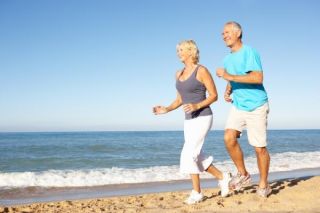 Thinking that you are in poor health may increase your risk for dementia, a new study suggests.

People in the study who rated their health as poor or fair were significantly more likely to develop dementia later in life than those who reported being in good health, the study found.

"Having people rate their own health may be a simple tool for doctors to determine a person's risk of dementia, especially for people with no symptoms or memory problems," said study researcher Christophe Tzourio, of the University of Bordeaux 2 in France.

The study is published today (Oct. 5) in the journal Neurology.

At the start of the study, 8,169 people age 65 years or older were asked to rate their health, and over the next seven years, 618 of them developed dementia.

"We know that having a large social network and social activities are associated with a decreased risk of dementia," Tzourio said. "Therefore, it's possible that rating one's health as poor might be associated with behaviors that limit social interaction, and in turn, accelerate the dementia process."

Pass it on: People who rate their health as poor are at increased risk of dementia, a study says.