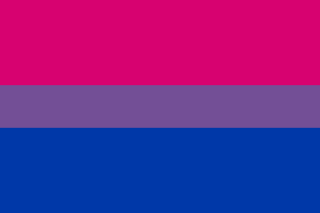 A famous study conducted in 2005 proclaimed that male bisexuality is an illusion. Despite study participants claiming to be attracted to members of both sexes, when the subjects were hooked up to genital sensors and shown same-sex male and same-sex female pornography, individuals were only seriously aroused by one type or the other. The results were taken as evidence that, in terms of arousal, men are either gay, straight or lying.

"I'm not denying that bisexual behavior exists," Michael Bailey, a psychologist at Northwestern University and senior author of the 2005 study, told the press at the time, "but I am saying that in men there's no hint that true bisexual arousal exists."

Now, he and his colleagues are saying quite the opposite. They've conducted a new study, published online in the journal Biological Psychology, called "Sexual arousal patterns of bisexual men revisited." Upon this visit, they found more than just a hint of male bisexuality.

Much more stringent criteria were used to recruit bisexual male study participants this time around. "Last time, they got their guys from an ad in an urban newspaper read by a hipster crowd," Allen Rosenthal, a Ph.D. candidate in psychology and the lead author of the new study, told Life's Little Mysteries, a sister site to LiveScience. This time, instead of relying on self-reporting of sexual orientation, men only qualified as bisexuals if they had had sex with at least two members of each sex and had carried on a romantic relationship of at least three months with a member of each sex. [Why Do We Have Sex?]

Rosenthal believes his new results will be validating to a lot of bisexual men who had heard about the earlier research and felt misrepresented or misunderstood by science.

However, the authors believe that the new results don't completely invalidate the old. "I think that both studies are correct, but about different populations of bisexual men. I'm confident in what they did last time; the reason why we have different results is that we used different recruitment methods," Rosenthal said. Some self-reporting bisexual men aren't aroused by both of the sexes to which they claim to be attracted. Others really are. "The big open question is which results are more representative of your average bi guy on the street."

If they can generate funding for such an experiment, the Northwestern psychologists will scale up their study in order to profile bisexual males of all types.