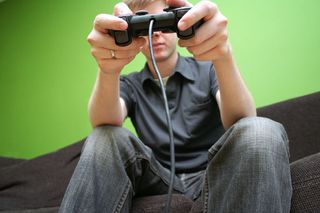 In the wake of the Virginia Tech shooting, video games have once again been blamed for inciting violence, this time by presidential hopeful and former Speaker of the House Newt Gingrich.

Recently on "This Week with George Stephanopoulos," Gingrich said that “young people are being dehumanized by violence in video games.” Blaming entertainment for real-world ills is a popular pastime, but Gingrich’s statement has no basis in science.

Despite decades of research , there is no proven link between video game violence and real-world violence.

If violent entertainment caused real violence, logic would dictate that the violent crime rate would have skyrocketed in recent years. In fact, exactly the opposite occurred: Violent crime has dropped significantly over the past 20 years—just as video games have become more prevalent and more violent. In fact, one could make the (equally illogical) argument that violent video games actually decrease violent crimes.

The images seen in the aftermath of the Virginia Tech shootings hardly show the desensitized young people Gingrich describes. Youth were seen sobbing and comforting each other, participating in candlelight vigils and memorials. Where the news media saw a nation in mourning, Gingrich saw legions of “dehumanized” young people.

If Gingrich is correct, then presumably the colleges and campuses across the country do not need the legions of grief counselors who have been dispatched to help the students cope, since their violent video games have made them indifferent to suffering and the loss of human life.

Benjamin Radford wrote about the news media’s coverage of school shootings in "Media Mythmakers: How Journalists, Activists, and Advertisers Mislead Us" (2003). This and other books are noted on his website.