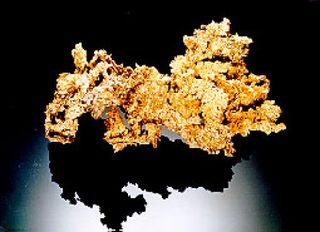 Mercury is used during "artesian" mining operations because gold particles cling to the mercury.
(Image: © CA.gov)

(ISNS) — Ellen Silbergeld keeps the price of gold posted on the door to her office at the Johns Hopkins Bloomberg School of Public Health in Baltimore. The price is now at a record high (better than $1,500 an ounce) and Silbergeld, professor at Hopkins and editor-in-chief of the journal Environmental Research knows that is really bad news for the Amazon.

The price of gold has gone up 360 percent in the last 10 years, an increase of around 18 percent per year.

As the price increases, more trees are cut down to make room for the mines. Mercury used by the growing number of miners to extract the gold will vaporize into the air and find its way into the water supply and food chain, poisoning people and the environment.

That is what’s happening now. Researchers from North Carolina, France and Peru, using Landsat satellite images, have found that deforestation in an area of southeastern Peru called Madre de Dios, has increased six-fold in recent years.

The researchers reported their findings April 19 in the online journal PLoS ONE that some 7,000 hectares (about 12,500 acres) of pristine tropical forest and wetlands were cleared between 2003 and 2009.

Jennifer Swenson, assistant professor of the practice of geospatial analysis at Duke University, said the deforestation was taking place mainly in two mining areas and in scattered sites, mostly along the rivers. The deforestation now is growing more than 26 percent a year.

The miners now are clearing an area equal to four-and-a-half football fields a day, she said.

While the deforestation for mining is not yet a major factor in damage to the huge Amazon basin, the mercury is.

Mercury and gold, the two of the heaviest metals found in nature, have been linked since time out of mind. That mercury can be used to extract gold from the ground may be the basis for claims by alchemists that they could transmute mercury into gold. Two mercury mines in Spain that had been worked since the days of the Roman Empire were closed just several years ago. Silbergeld theorizes the only reason the Romans would need mercury was to extract gold.

Mercury is used when gold appears as tiny flakes as opposed to nuggets. The process is called artisanal mining because it can be done on a small scale.

"These are small-time miners; there is no big ‘Goliath’ mining company to blame," Swensen said.

Miners blast the banks and sides of rivers with high-pressure streams of water produced by gas-powered pumps. The pumps cost about $500 so no heavy investment is required, Silbergeld said. (California Forty-Niners used a similar, if less effective mechanized method to extract gold from the American River in 1849.)

The pumps then are reversed, sucking up the gold-bearing sand. The sand is mixed with mercury to produce an amalgam, which miners often mix by treading on it with their bare feet. The gold particles cling to the mercury.

The amalgam is then heated with a blowtorch to vaporize the mercury. What is left is called a “sponge,” according to Barbara Fraser, a Peruvian-based science writer whose expertise on the practice is often relied on by researchers.

The ratio of mercury to gold in the original amalgam is 2 to 1, Fraser said, and since Madre de Dios produces 16 tons of gold a year, that could mean as much as 32 tons of toxic mercury. (Large mining corporations elsewhere no longer use mercury: they extract gold using cyanide.)

The sponge is taken to various towns in the area for further processing where it is reheated by gold shops in ovens, usually without filters, in order to burn off the rest of the mercury.

The mercury gets into the environment at the various steps: when the mercury is initially handled at the site; when the amalgam is heated, blowing off mercury fumes; when it leaches or is discarded into the river; and when it is reheated in the final processing. In the rivers, bacteria convert it to methyl mercury, which gets into the food chain, Fraser said. Dangerous amounts of mercury have been found in river fish used for food.

Mercury poisoning can cause memory loss, muscle weakness, tremors and twitching, headaches and reduced mental abilities. It affects the development of a central nervous system in fetuses, damages the brain and kidneys and the immune system. In large enough doses, it can kill.

There is a known relationship between exposure to mercury and endemic infectious diseases in developing countries, Silbergeld said.

No one has done epidemiological studies of the area, in part because of the cost and relative inaccessibility of Madre de Dios. Fraser, who has been there often, describes it as mostly tropical forest with some Amazon lowlands. There is one paved road into the area, but most transportation is by air.

That mercury is present in dangerous amounts is not debatable. One study by the Peruvian Ministry of Production found mercury in the rivers three to 25 times the legal amount. Tests have found many fish contaminated.

In 2009, Luis Fernandez of the Carnegie Institution for Science in Stanford, Calif. found levels of mercury in the air outside of gold shops in Puerto Maldonado, the largest city in the area, greatly exceeded safety standards.

In one shop the mercury was literally off the scale. His equipment couldn’t register amounts that high. Even shoppers passing by were breathing it.

What is happening in Peru also is a problem in the forests of Brazil, where Silbergeld does her research. People down river from the mines are affected.

There are ways of mitigating the damage, Fraser says. Using filters on the ovens would cut down on mercury, for instance. Regulation would be difficult. There are as many as 100,000 miners and they refuse regulation, sometimes violently.

There are examples of local government corruption as well.

"There's just enough gold to make people what to get it, but not enough to do it seriously," she said.