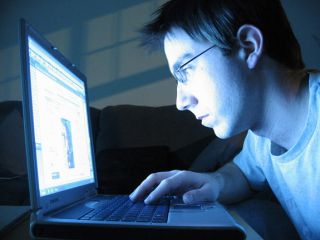 One of the world's top dating websites, Match.com, announced that it would begin checking its members against a national sex offender registry. The announcement was made about a week after a class-action lawsuit was filed against the company by two women who claim men they met through the service sexually harassed them.

Whether an attempt to ward off future lawsuits or merely a publicity stunt, the measure is nearly worthless and in fact may do more harm than good by fostering a false sense of security. There are several obvious flaws with the plan.

The first is that users on social networking and matchmaking websites typically do not have their identities verified. Thus anyone (including convicted sex offenders) can post whatever name they wish to use on the site and easily avoid triggering a match on registries.

Even if Match.com members' names were somehow verified, names are very common. A match with a name on a sex offender registry would also require a matching address to be sure it's the same person. Anyone can rent a post office box (or use a friend's mailing address) to easily avoid triggering an alert. [Predator Panic: Reality Check on Sex Offenders]

Second, even if the information provided to Match.com was completely accurate, it may not match what's on the nation's sex offender registries, which are notoriously unreliable. A 2010 study of Vermont's sex offender registry found that half of the entries sampled contained significant mistakes and wrong information, including two people who should not have been listed. Audits in other states, including Georgia and Texas, found that the registry information for offenders was often wrong, incomplete and outdated.

Third, statistics show that relatively few assaults are committed by convicted sex offenders. That is, a given person (adult or child) is far more likely to be sexually assaulted by someone who is not listed on any sex offender registry than a convicted sex offender. The vast majority of physical and sexual assaults are committed by friends, family and other loved ones, not a recently met stranger hiding a sex offense conviction. This is one of the fundamental flaws of Megan's Laws and other offender notification measures: They distract attention and resources away from the greater threat.

Even Match.com's president, Mandy Ginsberg, acknowledged that the new measures"remain highly flawed." The rules of safe dating have not changed in decades: Meet in a public place, tell a friend where you're going, and don't give out personal information too early.

Benjamin Radford is deputy editor of Skeptical Inquirer science magazine and author of six books. His website is www.RadfordBooks.com.