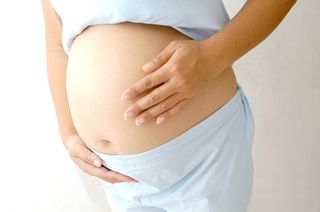 A mother's stress during pregnancy and breast-feeding may prompt changes in her infant's genes that increase the child's risk of obesity later in life, according to a new study in mice.

When mice in the study were put under stress – a low protein diet – during pregnancy, their offspring grew faster after weaning than did the offspring of non-stressed mice. After two months, the offspring of stressed mice developed belly fat and prediabetes, a condition characterized by abnormally high blood sugar levels.

The number of fat cells a person has before they reach their teen years is a major determinant of his or her risk for obesity, said study researcher Ruijun Han, of the University of Minnesota Medical School's Department of Integrative Biology and Physiology. "So intervention during pregnancy and childhood might be an efficient way to prevent adult obesity," Han said.

However, more work needs to be done to see if stress produces the same effects in humans. In addition, the findings have not yet been published in a peer-reviewed scientific journal. The study will be presented this week at the Experimental Biology 2011 meeting in Washington, D.C.

While the mother mice in the study were only exposed to nutritional stress, people who experience malnutrition are also subjected to social stress, said study researcher Zofia Zukowska, professor of physiology at Georgetown University in Washington D.C.

"In humans, low protein diet or malnutrition is often associated with a very hard lifestyle," Zukowska said. "So it’s a combination of nutritional and psychological stress," she said.

Previous studies of people who experienced famine, such as survivors of the Dutch feminine during World War II, have found that children of malnourished pregnant women are at increased risk for obesity, diabetes and cardiovascular disease, Zukowska said.

The researchers plan to conduct future studies comparing the impact of psychological stress and nutritional stress during pregnancy, Zukowska said.

Pass it on: Stress during pregnancy may put the child at risk for obesity later in life.