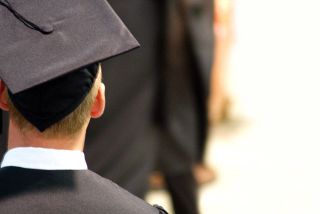 Photo taken by Aaron Murphy. (a51media) There are no usage restrictions for this photo

Rising tuition at public universities has sparked protests in states around the country, and private institutions of higher learning aren’t getting cheaper either. Despite soaring college costs, however, experts say a university education is still worth the cost, even after considering the years spent not working and the time required to pay back loans.

U.S. students and families faced an average 7.9 percent jump in in-state tuition and fees at public four-year colleges and universities in 2010-11, according to the College Board Advocacy and Policy Center, an organization dedicated to making college accessible to students of all backgrounds.  Private universities and community colleges saw tuition increases of 4.5 and 6 percent respectively.

Tuition is set to rise even higher in the coming year at many schools.  The California State University Board of Trustees has already approved a 5 percent increase that went into effect in January and another 10 percent increase for the fall.  In Arizona, the state’s board of regent announced last month a proposal to raise tuition by 15 percent at all three of the state’s public universities. [Related: College Students Learn Little, However]

While college students and parents might fear that the cost of college is outpacing the value, studies find that's not the case.Students who attend institutions of higher education obtain a wide range of personal, financial and other lifelong benefits.

For most people, a college degree “pays off very well,” said Sandy Baum, an independent higher education policy analyst who led the College Board study, published in September. "On average, the rate of return is very high, and it is continuing to rise over time."

The cost of attending can vary greatly from college to college and takes into account books, supplies, room and board and transportation as well as tuition. With all that factored in, the College Board estimates a student’s average yearly cost is between $3,438 and $14,054 for a two-year college, $18,326 to $29,193 for a four-year public college or university, and about $37,000 for a four-year private institution.

The median figure for what bachelor's degree recipients earned working full time in 2008 in the United States was $55,700 – meaning half of all the degree holders made more than that, and half made less. That median was $21,900 more than the median earnings of high school graduates, Baum found.

The study also suggests it takes just over a decade to earn back the money spent on college. Based on median salaries, the research determined that after 11 years of employment, a college graduate’s higher earnings compensate for not only the four years spent in school rather than in the work force, but also the average tuition and fees at a public four-year university funded fully by student loans at 6.8 percent interest.

A separate study at Harvard University in 2009 found a growing gap between “haves” and “have-nots” in recent years, and said a college degree is one factor that contributes to the widening gap.

“The best protection against unemployment is an education,” Baum said.

College graduates also are more likely to live healthier lifestyles, are more active, and tend to donate more time to organizations, the research showed. “It is not just beneficial for those who go to college,” she said, “but for society as a whole.” Another study last year found that women with college degrees are more likely to stay married.

The study, titled “Education Pays,” is published every three years by the College Board Advocacy and Policy Center, which is based in New York.