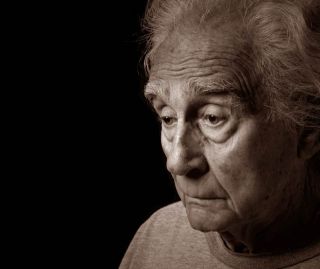 Older adults who are obese are also likely to struggle with depression, a new study finds.

The finding was particularly strong in adults between the ages of 60 and 74, for whom being obese quadrupled the risk of depression.

"This is the preliminary work to think about, 'What are the interventions we need to design for this population?'" study researcher Laura Barre, a postdoctoral researcher at the Dartmouth Institute for Health Policy and Clinical Practice in New Hampshire, told LiveScience. "Right now we treat depression and obesity separately, and we probably need to be treating them together."

Barre presented the research Saturday (March 19) at the annual meeting of the American Association for Geriatric Psychiatry in San Antonio, Texas.

The study is not the first to link obesity to depression. A 2010 Gallup poll found that obese Americans were more likely to report negative emotions like sadness and worry. A 15-year study published in 2010 in the American Journal of Public Health found evidence that depression causes weight gain: Young adults who were depressed gained weight faster than others in the study, but being obese in the first place didn't contribute to later depression.

There's little research on the links between weight and mood in older adults, Barre said. She and her colleagues analyzed data from almost 1,000 senior citizens in New York. One group of seniors lived in assisted living homes. The others lived in their own homes but either got meals delivered to them or ate meals with others at a senior center.

The researchers found that the likelihood of depression increased steadily with body mass index, or BMI, a measure of height and weight that estimates fatness. About 12 percent of people with BMIs in the "normal" range had depression, the study found. In overweight people, that number rose to 14 percent.

People in the obese class I category — BMIs between 30 and 34.99 — saw another 2 percent increase in depression rates, bringing them to 16 percent. Similarly, 18 percent of people with BMIs over 35, who fall into the obese class II or III categories, were depressed.

That means that older adults with BMIs above 35 are 1.5 times more likely than normal-weight individuals to be depressed, Barre said. [Read: Does Old Age Bring Happiness or Despair?]

The researchers broke down the data further, comparing different demographics. They found that among both women and white people as a whole, being overweight actually reduced the risk of depression by 20-40 percent. The finding could be related to problems with using BMI measurements to estimate obesity in older adults, Barre said. Height and fat distribution change with age, so BMI is an imperfect measure of obesity in older adults, she said.

But for those same groups, BMIs that put seniors in the obese category raised the risk of depression by 1.5 to 2.4 times, Barre said, suggesting that any treatments or psychological interventions should focus on people who are extremely heavy, not just slightly overweight.

The research looks at people at one moment in time, so Barre and her colleagues can't say whether depression causes obesity, obesity causes depression or some other factor contributes to both. But the finding highlights the need to think about the two problems side-by-side, Barre said.

In the group of seniors who ate together at a community center, Barre said, 38 percent were obese. Of that 38 percent, 31 percent were depressed. That's a significant number of people, she said.

"They're at high risk for functional decline, earlier nursing home placement and being homebound," Barre said. "What we really need to be thinking about is how obesity impacts functioning and quality of life in older adults."