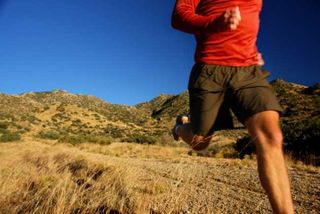 One of the oldest types of diabetes drugs on the market works better than the newer stuff, according to a study published last week in the Annals of Internal Medicine.

Researchers at Johns Hopkins School of Medicine compared metformin, which the FDA approved more than 15 years ago and which now is available in a cheap generic form, with five newer classes of drugs. Metformin was as good as or better than the others in controlling blood sugar levels, and it had fewer side effects.

That's what the headlines say, anyway. But before we start singing the praises of metformin, note that there's medication older than this drug that's even more effective at both preventing and controlling diabetes with no side effects: It's called a healthy diet and exercise.

This conventional wisdom was validated back in 2002. As reported in the New England Journal of Medicine that year, the national, multi-year Diabetes Prevention Program found that lifestyle changes were twice as effective as metformin.

Employing simple math, you might see that if A is better than B and B is better than C, then A is the best. That "A," of course, represents apples, avocado, asparagus, arugula, anchovy and the like, and not Avandia, the new diabetes drug associated with heart attacks, or Actos, the new diabetes drug associated with bladder cancer.

This latest study from Hopkins merely is comparing mediocre with lousy. The study is indeed comprehensive in scope and a bit gutsy in its conclusion that "old school" metformin — available at a fraction of the cost of newer drugs — should be "the initial drug of choice for treating type 2 diabetes," as stated in the report. After all, this is a slap on the face of the pharmaceutical industry, whose multi-million-dollar investment in diabetes largely has produced failures.

Missed in the reporting of the Hopkins study, however, is that "initial drug of choice" doesn't mean initial treatment of choice. The first line of defense against type 2 diabetes, a disease that hardly existed two generations ago, must be lifestyle changes.

Admittedly, this is harder than taking a pill. But the Look AHEAD (Action for HEAlth in Diabetes) study demonstrated how to do it: portion-controlled meals, 30 minutes of daily exercise, and monthly support meetings. That is, the only side effect of this therapy is hard work. The AHEAD study was reported in September 2010 in the Archives of Internal Medicine.

The most positive thing you can say is that medical research has found that diabetics have options: lifestyle modifications and then the "medifications" of metformin and about a half dozen other drugs with serious side effects should plan A and plan B fail.