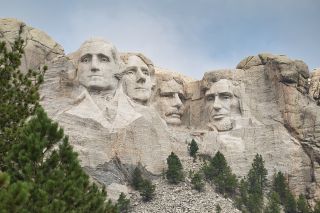 South Dakota has 58 confirmed cases of COVID-19, according to the state's health department. An additional 2,387 tests have come back negative for the virus, and at least 20 tests are pending results. At least 21 patients have recovered from the virus.

The state has so far seen one death from COVID-19. The patient was a man in his 60s from Pennington County who had underlying health conditions, KELO reported March 10.

All South Dakota public schools will be closed through May 1, according to local TV station KOTA. South Dakota State University has moved all of its classes online for the remainder of the spring semester.

South Dakota Governor Kristi Noem declared a state of emergency in South Dakota on March 13 and issued an executive order requiring nonessential personnel of the office of state government to work remotely.

On March 23, Noem issued another executive order restricting gatherings of 10 or more people in restaurants, businesses and municipalities. She also asked hospitals to postpone elective surgeries and other procedures to limit the spread of the virus — and to free up resources for COVID-19 patients.

Enforcement of Noem's executive order will be left up to individual cities and counties, the Associated Press (AP) reported on March 23. "While governors around the country have issued orders for sweeping shutdowns ... the South Dakota constitution does not grant the governor wide-ranging emergency powers," the AP report states.

On Wednesday (March 18), South Dakota's public health lab temporarily halted all COVID-19 testing due to a shortage of supplies, the AP reported. "The lab had to stop this week after running out of supplies both from the Centers for Disease Control and Prevention and private suppliers," the AP report states.

Noem said on March 17 that two of the state's largest healthcare providers, Sanford and Avera, are working to make more tests available and expand testing to commercial labs. On March 19, Noem announced that the state had obtained more supplies and would resume testing.