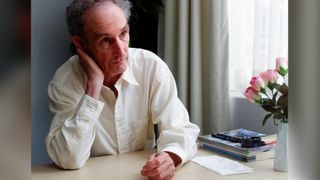 Robert May, an Australian physicist, mathematician and ecologist died on April 28 at the age of 84, according to a report in The Guardian.

May influenced fields across science through his deep understanding of complexity. As systems become more complex, he showed, they tend to become more unstable and chaotic. Tweak a stable, complex system even slightly, he showed, and it's liable to collapse into turbulence or chaos. The principle applies just as well to the physics of fluids as it does to populations of living things or even financial systems, he showed.

"He was driven by the view that there were similarities among systems, and that those similarities can help us develop unifying theories," the Princeton University ecologist Simon Levin said in a statement from the Santa Fe Institute.

In an undated interview with the Australian Academy of Science, May described himself as a "scientist with a short attention span."

"I think there are different kinds of people in science, not just theoreticians and experimentalists but people who like to pick on one problem and devote their life to it, and people who accidentally stumble across various things," he said, putting himself in the latter category.

May first wrote compellingly about complexity in terms of the interactions between species. An earlier physicist, Eugene Wigner had shown that special kinds of "symmetric matrices" — an array in which the rows and columns can be transposed and remain the same — become unstable in certain kinds of complex situations.

May built on the idea, connecting it to the relationships between different species of predator and prey. A big, complex network of predators and prey can suddenly collapse if even a couple of species are removed, he showed. It was an abstract mathematical idea — one that became known as the Wigner-May theorem after he published it in the journal Nature in 1972 — but it had major real-world implications, some of which scientists are still exploring.

May was one of the early progenitors of Chaos theory, attending the first 1977 symposium on the subject organized by the New York Academy of Sciences, according to Frankie Murray and Bennie Marsh's book "Non-Linear Differential Equations" (Edtech Press, 2018)

In 1996, May, then an Oxford University professor, was knighted for his services to science, according to his biography from The Royal Society. In 2001, he became a peer in the House of Lords, taking the title Lord May of Oxford. He also served as president of the Royal Society and Chief Scientific Advisor to the government of the United Kingdom.

Very sad to learn that Bob May died today. A member of @OxZooDept for 30 years, he was a true giant among scientists, changing entire fields in population & community ecology, mathematical biology & epidemiology. His record in science policy & leadership was equally distinguished pic.twitter.com/08A4261Oq3April 28, 2020

Below is one of my notes from the ARCADIA rehearsal when Robert May visited us. I was playing a mathematician specialising in chaos theory. Bob was a great explainer; I did once understand it. https://t.co/lJdOMkS5QP pic.twitter.com/CQKZwRQCBWApril 29, 2020

Sad to read that Robert May has passed away. This Spring has seen us lose three giants who taught us how simple rules can beget complexity, and how the whole can be greater than the sum of its parts. pic.twitter.com/RsdQQDO6ioApril 29, 2020

The polymath scientist Robert May, who studied how complex dynamics arise from simple interactions, has died at 84. I loved writing about his work on ecosystem stability and how it ushered the study of a mysteriously ubiquitous mathematical phenomenon: https://t.co/9T8MZWUXSEApril 29, 2020

"May is survived by his wife, Judith, and his daughter, Naomi. He leaves behind an adoring community of family, friends, and colleagues, as well as an outsized influence on science," the Santa Fe Institute said in its memoriam.