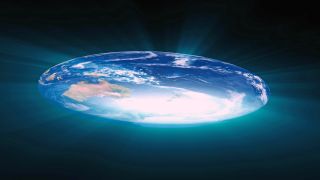 In this episode of Life's Little Mysteries, we'll explore an idea that originated thousands of years ago, and despite plenty of scientific evidence to the contrary, it mysteriously persists today — the notion that the world is flat.

What proof do we have that tells us the Earth is round? How do Flat-Earthers explain lunar eclipses and equinoxes, and why we don't fall off the planet? What would happen if the Earth really was flat? Listen to Life's Little Mysteries 9: Mysterious Flat-Earthers, to find out!

We'll also hear about the late "Mad" Mike Hughes and his attempts to self-launch a rocket to see Earth's curve, and a psychology professor explains the factors that shape persistent belief in a flat Earth (and in other conspiracy theories).

Listen to Life's Little Mysteries 9: Mysterious Flat-Earthers below, or subscribe on Apple Podcasts and Spotify, so you don’t miss out on new episodes.