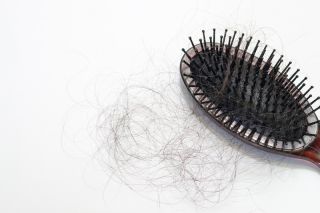 A teen in India who secretly ate her own hair ended up having a giant hair ball removed from her stomach, according to news reports.

The 14-year-old went to the doctor with abdominal pain and vomiting, according to Fox News. Surprisingly, doctors found a 3-lb. (1.3 kilograms) hair ball wedged in her stomach.

The girl was diagnosed with Rapunzel syndrome, an extremely rare condition in which a hair ball in the stomach — known medically as a trichobezoar — extends into the intestine, Live Science previously reported. Only about 60 cases of Rapunzel syndrome have been reported in the medical literature since the condition was first recognized, in 1968, according to a 2018 paper on the condition published in the journal Pediatric Reports.

Most cases of Rapunzel syndrome are diagnosed in children and young adults ages 13 to 20, according to a 2009 study in the journal Clinical Medicine & Research.

People with Rapunzel syndrome typically have a mental health condition known as trichophagia, or the compulsive eating of hair. This condition is related to another psychiatric disorder known as trichotillomania, or the urge to pull out one's hair.

Only about 10% to 30% of people with trichotillomania also have trichophagia. And among people with both conditions, only about 1% develop masses of hair in their gastrointestinal tract, according to a recent paper in the journal Pancreas.

Eating hair can cause serious complications, including obstruction of the intestines and even death, according to the Mayo Clinic. In 2017, a 16-year-old girl in England died from Rapunzel syndrome after a hair ball in her stomach led to a fatal infection.

In the current case, the girl was treated with surgery and is now in stable condition, Fox News reported.