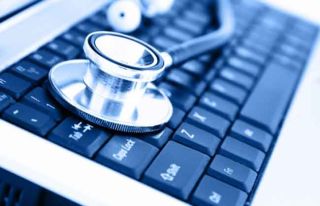 More Americans would rather do unpleasant chores such as getting a colonoscopy or changing a baby's diaper than perform tasks that keep their computers safe from crashes, according to a new study.

Security and utility company PC Tools, along with Harris Interactive, conducted a survey that found people would prefer to do an array of dreaded tasks than clean their computer’s registry in order to prevent crashes and improve speed.

Chores that topped the list include laundry (54 percent); balancing a checkbook (47 percent); changing a baby’s diaper (43 percent); going to the dentist (34 percent); waiting in line at the DMW (20 percent); being stuck in traffic (19 percent); or getting a colonoscopy (12 percent).

"The results may seem ridiculous, but they are actually not that surprising," Erich Andren, optimization manager of PC Tools, told TechNewsDaily. "Americans don’t want to do mundane, complicated technical processes to keep their systems running well. It’s a pain for people to do such tasks and it involves a bit of technical know-how."

The study also found that despite frequent warnings, nearly one in three Americans would even be willing to risk downloading a harmful virus, spyware, or other threat by visiting a potentially suspicious Website or link.

"People want to click on whatever they want, when they want it," Andren said. "But this could get them into trouble. It's important to ensure computers have the right Internet security and many don’t take the time to do so."

While more Americans are online now than ever before, attitudes about the propriety of staying “plugged in” through smart phones, PDA's and handheld computers depend more on the formality of the public setting than the nature of the event itself, the study found.

In fact, more Americans believe it is acceptable to be "plugged in" during sex (22 percent) or a honeymoon (29 percent) rather than during a wedding (6 percent) or a religious service (8 percent).

The study defines staying "plugged in" as leaving a device on and accessible to be reached.

Meanwhile, Americans believe it is acceptable to stay connected during dinner at home with family and friends (41 percent) compared to when dining at a fancy restaurant (26 percent).

"People used to think it was unthinkable to keep your phone on to receive messages during certain times, such as during a wedding or religious service, but the times have changed," Andren said. "Now people can’t think of a reason not to be connected."

While most Americans don't want to deal with the hassle of securing their computers and devices, an overwhelming majority still want to keep their files private.

About 79 percent of all Americans want to keep the files or documents on their personal computers private from others. People most want to keep information private from children (39 percent), parents (26 percent), spouse or significant other (17 percent), co-workers (48 percent), boss (42 percent), and friends (40 percent).

The study also found that 45 percent of Americans are embarrassed about what certain files or documents are kept on their personal or handheld computer, smart phone, or PDA. Men are more concerned than women about others seeing the websites they have visited (18 percent compared to 12 percent, respectively).