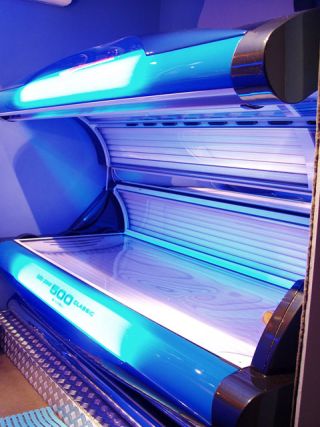 Photo taken by Patryk AKA Gruby Dolar. (a51media) There are no usage restrictions for this photo

Those who sunbathe in the buff in hopes of achieving the perfect all-around tan are soaking up rays in vain, a new study suggests.

A consistent tan all over the body is impossible to attain, because some areas are more resistant to tanning than others, the researchers say.

The findings show that the buttock doesn't tan as easily as other body parts, and when the butt does gets red from the sun, it's less likely than other body regions to turn into a tan. It was also found that people with no freckles tan more easily than those with freckling.

Scientists carried out the study in an effort to figure out why different types of skin cancer tend to be found in different parts of the body, given that they are all caused by exposure to sunshine. [Read "Why Skin Cancer Is on the Rise"]

"One of the real puzzles about melanoma is why the numbers of tumors differ so much depending on body site," said Jonathan Rees, a professor of dermatology at the University of Edinburgh. "Our work shows that in one sense we are all made up of different units of skin, which respond differently to sunshine, and which all may afford different degrees of protection against the harmful effects of sunshine."

The work represents the first time that the depth of a person's tan, and not just skin redness, has been quantified.

The sun emits two types of ultraviolet, or UV, radiation: UVA and UVB. The UVB rays are what cause sunburns.

Rees and his colleagues analyzed the skin of about 100 volunteers, who were exposed to six doses of UVB radiation on two areas of their bodies — the back and buttock.

The volunteers were given an injection to minimize the rush of blood that naturally occurs after the skin is exposed to sunlight within the first 24 hours.

Researchers say this redness is often confused with the start of tanning, but in fact is the skin's signal that it has been damaged.

After seven days, the volunteers' skin was analyzed to find what color remained after the redness had died down.

This color — recognized as a suntan — comes from the skin's production of melanin, a defense that keeps the skin from absorbing too much harmful UVB radiation.

The results are published in the July issue of the journal Experimental Dermatology.