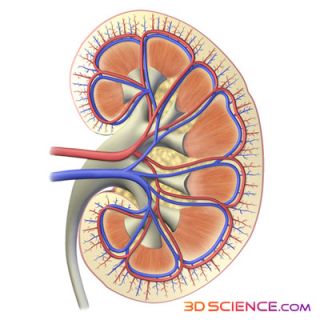 A drug-induced haze, a bathtub full of ice, a gaping hole where the left kidney should be: you may have heard the main ingredients of this popular legend, which has turned up in various forms. Organized bands of organ-thieves are the usual culprits and students or business travelers their victims. A particularly rampant e-mail outbreak of this (un-true) tale in 1997 prompted law and organ-donor groups to issue press releases debunking the legend.

The number of living organ donors is on the decline, according to a new study. The result show that overall, living kidney, liver, and lung donations has decreased over the last five years, going from about 7,000 in 2004 to 6,219 in 2008.

In addition, organs from deceased donors went down for the first time 2008. Until then, the number of deceased donors had always increased compared to the previous year.

"This decline has resulted in a widening gap between the number of organs available for transplant, and the number of patients who are awaiting a donor organ," said study author Andrew S. Klein, M.D., director of Cedars-Sinai Medical Center's Comprehensive Transplant Center in Los Angeles.

The news comes just days after Apple CEO Steve Jobs announced plans to help expand California's organ donation program. On March 19, Jobs revealed publically that he had received a liver transplant in Memphis because there were not enough donors in California, according to the San Jose Mercury News.

Jobs discussed ideas with the states' governor Arnold Schwarzenegger, and the governors' office is working on a bill to require all those applying for California driver's licenses to answer whether or not they would be an organ donor in the event of their death. Currently, the state's Department of Motor Vehicles does not require applicants to answer that question before receiving a license.

"Improved survival rates and the expectation that organ replacement will enhance quality of life have encouraged more doctors and their patients with organ failure to opt for transplantation," he added.

The study also identified a number of other factors that could be contributing to the organ shortage. These include:

·         Financial obstacles that actually result in a loss of money for the donor, known as "disincentives" for living organ donation (including loss of income while off work after the procedure, potential future insurability issues, and expenses that may not be covered by insurance.)

·         Failure to engage the public in developing transplant policies, such as lack of input from donors and recipients that could result in better patient education, particularly about short- and long-term consequences of organ donation.

"This study showed that many people have questions and concerns about organ donation," Klein noted. "Educating the public and improving transparency of the organ donation and transplantation process and performance are critical to narrowing the donor organ gap."

The results were published online in the American Journal of Transplantation.