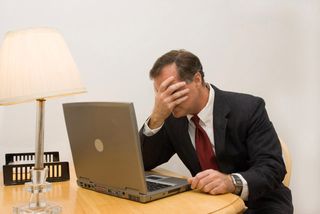 Enduring abuse from an office bully can be physically and emotionally damaging, scientists find. Turns out that targets face just as big a challenge when trying to explain their plight to others, particularly managers who could nip the bullying in the bud.

Scientists who have studied the bully phenomenon say it's important to tell your story, for one because disclosure of a traumatic or distressing incident aids in emotional recovery.

Plus, to fuel any change around the office, a bully victim needs to relay the often "undercover" incidents with those who can make workplace changes.

Sarah Tracy, director of the Project for Wellness and Work-Life at Arizona State University, analyzed narratives told by bully victims and developed eight tactics that make for a story that human resources managers will take seriously.

Targets who expressed events in a linear fashion were most likely to be taken seriously.

Overly distraught statements could signal that the target is crazy and emotional problems are the cause, rather than the result, of bullying.

Tell and re-tell your story with vivid details that are consistent.

The only relevant details are those associated with the bully's behavior and somewhat the target's behavior.

6: Emphasize your own competence

The fact that you are a competent employee will strengthen the case that the bullying is not your fault.

7: Show consideration for others' perspectives

Credible bully victims demonstrate they had attempted to understand and even tried to have sympathy for the abuser.

Using lots of vague pronouns, such as "we," "they," and "he/she," can muddle the story and hamper concrete changes.