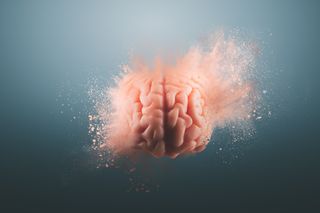 A dose of anesthesia could take the edge off emotional memories, a new small study suggests.

People who were immediately sedated after remembering an emotional story had fuzzier memories of the emotional portions of the story 24 hours later, according to the study, published today (March 20) in the journal Science Advances.

Researchers previously disrupted memories using other techniques, including electroconvulsive therapy, which involves passing an electrical current through the brain. Anesthesia is a far less invasive experience, and the new research raises hopes that sedation could help with conditions such as post-traumatic stress disorder.

It's only "a matter of time" before the research group tries anesthesia to treat the condition, said study leader Ana Galarza Vallejo, a clinical neuroscientist at the Universidad Politécnica de Madrid. But PTSD is complex, so it's not yet clear whether the treatment could work. [10 Things You Didn't Know About the Brain]

Memories were once thought to be static after they were set, but researchers now know that every time someone remembers an incident, that memory is vulnerable to alteration. In animal studies, and even some human studies of very basic fear responses, medications have been shown to alter emotional memories. Scientists in the Netherlands, for example, have found that after people learn to associate an image with a painful shock, the blood-pressure drug propranolol can break that association, reducing the fear response.

But PTSD is not so simple. Traumatic memories are woven into the fabric of people's lives, often associated with life-or-death situations or compounded trauma, said Bernard Schreurs, a neuroscientist at the West Virginia University School of Medicine, who wasn't involved with the new study. Someone may have years of terrifying memories surrounding an abusive relationship, for example. And a 2015 study that attempted to use propranolol to block memories in people with PTSD failed to show results.

The new research does not focus on PTSD but did use more-realistic memory scenarios than simple fear conditioning. The study included 50 people who were scheduled for routine colonoscopies or gastroscopies at the Hospital Clínico San Carlos in Madrid. These patients were already set to go under general anesthesia with the drug propofol for their procedures.

A week before the sedation, Galarza Vallejo and her colleagues showed the participants two picture slideshows accompanied by audio stories. Both stories started with neutral content, then took a dark turn in the middle (a car accident involving a child in one and a kidnapping of a young woman in the other), before resolving with a neutral ending.

On the day of the procedure, right before the anesthesia was administered, the researchers showed the participants the first slide of just one of the stories, with some parts blocked out, and asked them what fit in the blanks. The goal was to trigger reactivation of the memory, making it vulnerable to alteration.

As the participants woke in the recovery room, half took a multiple-choice test about both stories. The other half took the same test, but 24 hours after the procedure.

The patients who were immediately tested on their memory showed no differences in their recall. But the patients tested 24 hours later were fuzzier on the story they'd been prompted to remember. Specifically, they had a harder time recalling the emotional parts of the story. [10 Things You Didn't Know About You]

"We did not expect to see that," Galarza Vallejo said.

The fact that the memories changed only after 24 hours had passed indicated that the change was happening during the process of reconsolidation, when a recently recalled memory goes back into storage. For the patients quizzed after 24 hours, recall of the emotional parts of the reactivated story went down 12 percent compared to the other story that participants hadn't been asked to recall before anesthesia. The researchers compared anesthesia dosage and procedure type, finding no evidence that those made a difference. Reactivation of the memory and subsequent sedation seemed to be key.

So far, researchers don't know why emotional memories would be more vulnerable to the effects of anesthesia compared with neutral ones, Galarza Vallejo told Live Science. Those memories may be more immediate to the participants, she said. Animal studies have shown that the amygdala, the brain region most associated with emotion and fear, and its connections to the memory-consolidating hippocampus are particularly sensitive to propofol, the researchers wrote, so the drug could act very readily on those brain structures.

The study was "very intriguing" and consistent with animal research on propofol and memory, Schreurs told Live Science. Still, Schreurs said, it's a long road from the new study to a useful PTSD treatment. For the sake of safety, Galarza Vallejo and her colleagues had to recruit participants who were already undergoing anesthesia for a medical reason; that limited the design of their experiment. There was no group of participants who weren't sedated at all, for example.

The type of memory tests used could also affect the findings, Schreurs said. The patients were asked to freely recall the story before anesthesia. The follow-up tests were multiple choice, which makes recognizing the correct answer easier. Most importantly, he said, the researchers didn’t follow up beyond the 24-hour memory test.

"It would be really important for something clinically, like PTSD, to know whether this sort of manipulation is long-lasting," he said.

Any attempt to treat PTSD with anesthesia would also need to be very delicate, Schreurs added. The method requires the patient to delve back into traumatic memories, which has the potential to cause more emotional harm.

"Clearly, you'd have to do it in a very safe environment," he said.

Galarza Vallejo and her colleagues are interested in trying to do so. The challenge, she said, will be to find a group of patients with fairly similar traumatic memories that can be triggered with the same sort of reactivation cues. The researchers also want to try the method first on people with fairly new trauma, she said, as older memories can be harder to modify.

"Once we are able to find that group of people … we would love to do it," Galarza Vallejo said. "We know we have the support of the hospital."