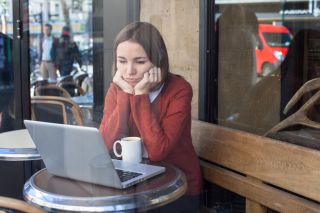 But such "social comparisons" may be linked with a higher likelihood of having depression. That's one finding from a new study that identified a total of five social media behaviors linked with the mental health condition. The study was presented May 25 at the annual meeting of the Association for Psychological Science in San Francisco.

In the study, the researchers analyzed information from around 500 undergraduate students who actively used Facebook, Twitter, Instagram and/or Snapchat and completed an online survey to examine certain social media behaviors, as well as symptoms of major depressive disorder. [9 DIY Ways to Improve Your Mental Health]

The study also found that people with depression were less likely to:

It's important to note that the new study only found an association between these social media habits and depression; it did not determine whether these behaviors contribute to depression, or whether people who already have depression are more likely to engage in these behaviors.

But the researchers hope the findings can raise awareness of the types of social media behaviors tied to depression "so that people look out for [these behaviors]," Robinson told Live Science. [8 Tips for Parents of Teens with Depression]

In any case, it's not good to compare yourself to others who seem "better off" than you, Robinson added.  "People tend to make themselves look better off than they really are" on social media, he said. "This is not someone's 'real life.' It's important to recognize that."

This isn't the first study to link social media use with symptoms of depression; a 2012 study from the University of Houston also found that time spent on Facebook is linked with depressive symptoms. In addition, a 2017 study found that spending more time on social media was linked with feeling socially isolated. And in December last year, Facebook said in a blogpost that certain types of social media use — such as "passively consuming information" on their site — has been linked with worse mental health, but other types of use, such as actively interacting with people, is linked with improvements in well-being.

Because the research is preliminary, more studies are needed to confirm the findings in other groups of people, including middle-age and older adults. The researchers are already planning another study in noncollege students, said study lead researcher Krista Howard, an associate professor of psychology at Texas State University.

The researchers also stressed that their findings don't mean that social media use is necessarily a bad thing.

"I don't think it's always bad," Howard said. "It can be [bad], but it can also provide social support. It can give people an outlet to be around people that are similar to them."

Ultimately, Howard hopes the research leads to insights that may "teach people how to use technology better, rather than taking it away."

The study has not yet been published in a peer-reviewed journal.