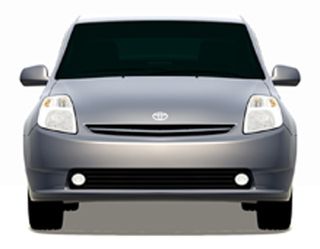 An image model of the Toyota Prius used in a study on seeing car "faces." The Prius ranked low on the "power" scale.
(Image: © Toyota/Truls Thorstensen)

The term "product recall" is really just a euphemism for "the biggest headache for manufacturers and consumers."

Aside from the obvious health and safety implications, product recalls can severely affect consumer confidence in certain products and the companies who manufacture them. In more severe cases, manufacturer malfeasance can also lead to lawsuits or even criminal charges.

Toyota’s massive recall of a broad range of their Toyota and Lexus-brand vehicles is arguably one of the most significant product recalls in history. News of the recall, and the automaker’s impending criminal and Congressional investigations, have remained hot-button topics for consumers and lawmakers alike.

In addition, the recent recall of Infantino baby slings has further contributed to an extensive history of product recalls. Excluding food and medicine recalls, here are just some of the worst product recalls in recent memory:

Baby Slings – Infantino (2010) In this most recent case, approximately 1 million Infantino baby slings are being recalled due to breathing hazards that arise from the product’s design. Infantino’s "SlingRider" and "Wendy Bellissimo" models are being called back because the soft material and "C" curve could push a baby’s head forward, making it very difficult – if not impossible – for a baby to breathe.

High Chairs – Graco (2010) The U.S. Consumer Product Safety Commission (CPSC) issued a recall of Graco’s Harmony model of high chair after the chair’s design was deemed unsafe. Approximately 1.2 million high chairs were recalled in March 2010, in response to the reported 24 injuries. Surprisingly, this most recent manufacturing error is the third major child-safety recall that has plagued Graco in the past six months. In January, Graco recalled approximately 1.5 million strollers due to fingertip amputation and laceration hazards.

Faulty Pedals and Floor Mats – Toyota (2010) In January 2010, Toyota issued a second recall in three months for various models of Toyota and Lexus cars due to problems with faulty pedals and floor mats that, in some cases, led to sudden and unintended acceleration. The automaking giant recalled a total of over 9 million vehicles, and the company is currently facing criminal and congressional probes to look into the matter.

Cribs – Simplicity (2009) Problems with Simplicity’s drop-side crib led to a recall of about 1 million units in 2009. The cribs were recalled due to risk of suffocation for infants who could get trapped between the drop-side of the crib and the bed’s mattress.

Window Blinds – 2009 In December 2009, all Roman-style shades and roll-up blinds were recalled after reports that babies and toddlers had died of strangulation after getting caught in the loose cords of the window coverings. The CPSC issued one of the largest recalls in the agency’s history by virtually recalling all Roman-style and roll-up blinds on the market. In total, nearly 50 million blinds were affected and recalled.

Cruise Control - Ford (2009) In October 2009, Ford added an additional 4.5 million vehicles to its largest ever product recall, which spanned an entire decade. The models recalled in October 2009 brought the staggering grand total to more than 14 million recalled vehicles. The cars were recalled due to faulty cruise-control switches that were linked to an estimated 550 vehicle fires across the U.S.

Easy-Bake Ovens – Hasbro (2007) In 2007, Hasbro recalled close to a million Easy-Bake Ovens after the CPSC received 249 reports of children getting their hands or fingers trapped in one of the toy’s openings. There were 77 reports of burns, including one from a 5-year-old girl whose burn injury was so severe that it resulted in partial amputation of her finger.

Thomas & Friends Wooden Railway Toys – RC2 Corp. (2007) The CPSC and RC2 Corp. issued a recall of various Thomas & Friends Wooden Railway Toys in 2007 after surface paint on the products was found to contain lead. Lead can cause health problems, and if ingested, it can be toxic for young children. Manufactured in China, RC2 recalled over 1.5 million units.

Tires – Firestone (2000) Firestone recalled 6.5 million defective tires in 2000 in one of the most dangerous instances of product failure. The treads on the defective tires had a tendency to separate and peel off. This issue of tire-tread separation was thought to have caused as many as 175 deaths and over 700 injuries.

Pintos – Ford (1978) Car aficionados will probably agree that there was very little that was right about the Ford Pinto. But, in 1978, the car suffered a devastating setback after flaws in the design of the Pinto’s fuel tank made the car susceptible to fires and explosions from even minor collisions or rough bumps. The design error allegedly led to three deaths before Ford recalled 1.5 million vehicles. The Pinto never recovered from its tarnished reputation, and the car was permanently scrapped from Ford’s lineup in 1981.