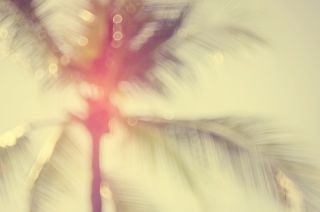 Imagine you are on a beach. The rays of the setting sun color the sea surface orange and golden. Now, what do you see in your mind?

If you're among the approximately 1 to 3 percent of people with a recently discovered condition called "aphantasia," chances are you see absolutely nothing in your imagination. Now, a new small study from Australia is trying to understand why some people seem unable to produce visual images in their mind's eye.

So far, little empirical research has been done on the rare condition, said lead study author Rebecca Keogh, a postdoctoral fellow in cognitive neuroscience at the University of New South Wales in Australia. Rather, most of the existing evidence comes from self-reported accounts of "aphantasiacs," she said. [Top 10 Mysteries of the Mind]

The lack of studies has led the researchers to wonder whether people with aphantasia can't produce mental images at all, or whether they are just bad at recalling them. So, in a study published in October in the journal Cortex, Keogh and her colleagues set out to find the answer.

To objectively address the question, the researchers used a technique known as "binocular rivalry," which involves projecting different images in front of each of a person's eyes using a 3D headset.

"When you show one image to one of your eyes and one image to the other eye, instead of seeing a mix of the two images, you see one or the other," Keogh told Live Science. "When we tell people to imagine one of those images beforehand they are then more likely to see the image they have imagined previously."

The researchers found that unlike in the general population, there no correlation between the imagined image and what the participants actually saw in the display afterward. (The "general population" was represented by a group of more than 200 individuals without aphantasia who had participated in the research group's previous experiments.)

Koegh noted that differences exist even among the general population. "People who are very good at imagining pictures would see the image that they imagined maybe 80 percent of the time," she said. "People with weaker imagery might only see it 60 percent of the time. But in aphantasiacs, we found no correlation."

This finding indicates that the people with aphanastia can't produce a mental image at all, Koegh said.

The inability to produce mental images may be because of differences in how people with aphantasia's brains function.

The condition does not seem to inhibit people's success in life, Keogh added. Among the study's participants were engineers, programmers and doctoral students. Still, aphantasia might affect them in some ways, she said.

The people in the study "say that they find remembering the past quite different to other people," Koegh said. "When we try to remember things from our past, most of us will find that it's like playing a movie in our mind, we can just relive that moment. For them, it's more like a list of things that have occurred."

Some of the people in the study also complained about difficulties recognizing faces and problems with spatial navigation.

"We are trying to find out exactly what they find easy to do and what they find difficult," Koegh said. She speculated that not being disturbed by visual flashbacks from the past might enable people with aphantasia to live more in the present moment. For example, experiencing too much visual imagery from the past can be not only distracting but even disturbing and is frequently experienced by people with post-traumatic stress disorder, she said.

Keogh said that in the future, it might be possible to enhance the way the brains of people with aphantasia function, either through training involving drawing and sketching, or gentle electrical stimulation. Still, more research is still needed to gain a better understanding of the condition, the study said.