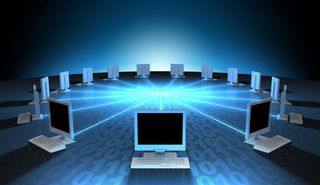 Downloading music from the Internet, streaming video or even browsing most websites nowadays requires fast broadband Internet connections such as a digital subscriber line (DSL) or cable. But slower-than-advertised connection speeds caused by growing network congestion and artificial restrictions by some Internet Service Providers (ISPs) have left broadband consumers frustrated at times, and for good reason.

The Federal Communications Commission (FCC) announced in September that actual broadband speeds lag behind advertised speeds by as much as 50 percent to 80 percent. The FCC defines broadband as being at least 768 kilobits per second (Kbps) for download speeds.

One kilobit is equal to one thousand bits, and 8 bits equal 1 byte. As a point of reference, downloading a 5 megabyte (MB) file such as a music mp3 with a 768Kbps connection takes about 52 seconds.

Fact is, advertised broadband speeds typically represent best-case scenarios, or maximum speed limits. It's certainly possible to reach advertised speeds if all conditions are right, but people are only setting themselves up for disappointment if they expect a guaranteed high speed at all times when they buy into ISP plans.

"It's like asking the local government to guarantee a certain speed when you commute to work," said Andrew Odlyzko, a mathematician at the University of Minnesota who studies Internet economics. "They can widen the street and try to synchronize the light, but [speed] guarantees are impossible."

Myriad problems out of your control — beyond your computer — can slow data transfer speeds, even if you have a DSL, cable or fiber optic connection with advertised speeds of tens or hundreds of megabits per second (Mbps).

With DSL, Internet users who live far from the line's point of origin, or central node, can experience slower speeds than people who live near a node.

Network congestion between an Internet user and the ISP nodes can also make for sluggish connection speeds — peak usage occurs when many at-home users crowd on, typically from 7 p.m. to 10 p.m.

Even if there's no congestion, data transfer speeds depend on many factors outside of the control of any one ISP. For instance, a website receiving too many hits from online visitors may suffer from lag because its server cannot handle the load. Visiting a website being hosted by a server halfway across the world can also mean slower loading speeds.

"What your ISP handles is just a small piece of the puzzle," Odlyzko told TechNewsDaily.

ISPs can certainly take steps to improve broadband speeds, such as building the infrastructure to support more Internet users and managing network congestion better. They could also tone down advertising that may currently mislead customers, Odlyzko noted.

The failure of broadband to reach promised speeds has led to more than just complaints. In 2005, unhappy customers of AT&T's DSL service filed a lawsuit in a St. Louis Circuit Court. That lawsuit gained class-action status in December 2009, and could potentially affect thousands of customers in Missouri, Kansas, Oklahoma, Arkansas and Texas, according to the St. Louis Post-Dispatch.

One part of the St. Louis lawsuit notes that AT&T puts artificial caps on the connection speeds of some customers. Comcast also uses the practice of bandwidth caps to limit the amount of data that customers can download per month, based on preventing heavy Internet users from hogging networks and causing congestion.

Yet the capping practice has often enraged Web surfers, with 81 percent of U.S. consumers expressing their dislike of capping and metering in a 2008 survey by the International Data Corporation.

For now, the FCC is focused on unveiling its National Broadband Plan that would supposedly ensure that everyone has access to purchasing broadband, now delayed until March. Almost two-thirds of Americans stay connected to the Internet with broadband at home, according to the FCC and surveys by the Pew Internet & American Life project. Just 7 percent of Pew survey respondents said that they still use dialup modems, which represent an extremely slow connection method for today's Internet, which is designed for broadband speeds.

"Ten years ago, people were pretty happy with 56 Kbps modems," Odlyzko said. "These days you can't even do e-mail — Web-surfing with 56 Kpbs modem is really awful."