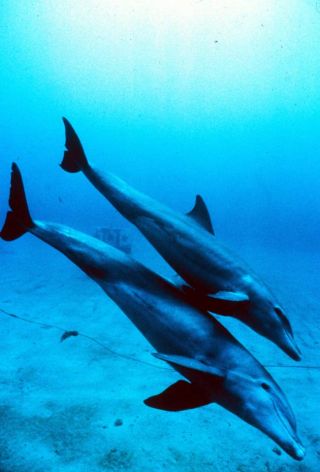 The flippers of cetaceans — dolphins, porpoises, and whales — come in different forms to fit the swimming needs of each species. But how, exactly, do the limbs perform in the water?

To find out, Paul W. Weber, his graduate advisor Laurens E. Howle of Duke University in Durham, North Carolina, and two colleagues conducted the first-ever comparative hydrodynamic analysis of cetacean flippers. The team made CT scans of the flippers of seven of the smaller species, taken from dead, stranded animals or museum collections, then made three-dimensional scale models based on the scans. They tested the models in a water tunnel to compare their hydrodynamic characteristics.

That’s somewhat expected, says Howle: surfboard rudders and other marine designs look a lot like flippers. More surprising was that flippers with sharply backward-swept edges, such as those of the Atlantic white-sided dolphin, exhibited the same unusually advanced lift properties as triangular-winged aircraft, such as the Concorde and some military planes.

The researchers also noted that slow swimmers, such as the Amazon River dolphin, have relatively broad triangular flippers that aid maneuvering in complex river–floodplain systems. Open-ocean swimmers such as the bottlenose dolphin have comparatively small flippers for their body size, which, the water-tunnel tests confirm, improve stability while plowing through waves and currents at high speeds.

The research was detailed in the Journal of Experimental Biology.