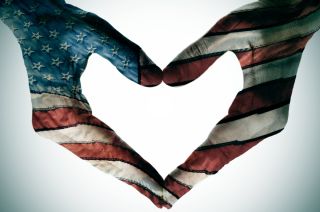 Do you think your state is full of lovers?
(Image: © nito / Shutterstock.com)

Looking for love? If you're living in Virginia, you may be in the wrong state.

In a study of positive relationships in all 50 U.S. states, researchers found that Virginia ― despite its slogan ― is not "for lovers." That travel slogan should belong to Mississippi, Utah or Wisconsin, which topped the rankings. Not interested in love? North Dakota fared the worst in the study.

Lead author William Chopik, an assistant psychology professor at Michigan State University, said the study results fit many state's stereotypes. [Find Out How Your State Ranked in the Complete List]

"When I think of New York, I think of the anxious Woody Allen type, and New York had one of the highest scores for attachment anxiety," which was one of the factors included in the rankings, Chopik said in a statement. "California, on the other hand, seems like a romantic place with beautiful sunsets, oceans and warm weather. And Utah residents are known to be very nice, warm and generous, which many people attribute to the large Mormon population."

Utah and California both landed in the top 10 list. As for New York, when it comes to romance, fuhgeddaboudit! The Empire State was the ninth worst state for lovers.

To determine which states had the most positive romantic relationships, the researchers used measurements of both attachment anxiety — clinginess and feelings of fear of being abandoned by a partner — and attachment avoidance — a discomfort with intimacy. Both of these traits, Chopik said, can weigh on relationships. So he and co-study researcher Matt Motyl of the University of Illinois at Chicago looked for states that scored low on those measures.

The study's rankings were based on survey data from 127,070 adults across all states. Participants were asked to self-measure their attachment anxiety and avoidance, rating the extent to which they agreed with statements such as "I don't feel comfortable opening up to romantic partners" (avoidance), and "I often worry that my partner doesn't really love me" (anxiety).

By averaging the measurements of each attachment type, the state's rankings were determind. As predicted, the researchers found that people in the mid-Atlantic and Northeast regions showed the highest scores for the anxiety measure, with the exception of Vermont, one of the 10 least-anxious states in the study.

The researchers also compared the attachment meaurements of other state data on relationships. For instance, they looked at U.S. Census information on relationships — number of individuals never married, married couples, divorced couples, etc. — as well as each state's mortality rates. The researchers also studied the state's level of well-being, as measured by the 2013 Gallup Healthways Well-Being Index. Even factors like the temperature and weather in a region can affect relationships, the study researchers said.

The study's authors concluded that while their research provided valuable information for how states, and their residents, vary in relationship attachments, "positive relationships are found everywhere and transcend time and place."

Their research is detailed in a study published online Dec. 21 in the Journal of Research in Personality.