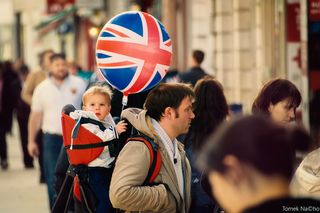 The Brexit may be a "disaster for UK science," according to scientists.
(Image: © Flickr/Tomek Nacho)

The United Kingdom's vote to leave the European Union has left scientists and researchers questioning the future of their work, funding, collaborations and more.

In a historic vote this week, 52 percent of participants in the U.K. voted in favor of the "Brexit," as the referendum by British voters to exit the European Union is known. As the news sank in early Friday morning, scientists and innovators around the world shared their reactions.

Physicist Stephen Hawking and more than 150 fellows of the Royal Society called the Brexit a "disaster for U.K. science" in a letter to The Times. The researchers raised concerns about recruiting young scientists, securing funding and future collaborations. [6 Politicians Who Got the Science Wrong]

In fact, most scientists were against a vote in favor of Brexit, according a poll published in the journal Nature in March. Nearly 2,000 researchers living in the EU (both inside and outside the U.K.) responded to the poll, and 83 percent voted for the U.K. to remain part of the EU. These researchers expressed concern over how Brexit would harm science in the nation, and in the EU at large.

The Science Media Centre, a media briefing organization for scientific issues in the UK, asked a number of science experts for their responses to the referendum, with many sharing their disappointment and questioning the future of science research in the U.K.

"One of the great strengths of U.K. research has always been its international nature, and we need to continue to welcome researchers and students from abroad," Venki Ramakrishnan, president of the Royal Society, said. "Any failure to maintain the free exchange of people and ideas between the U.K. and the international community, including Europe, could seriously harm U.K. science."

The responses were similar on social media, with many innovators and scientists sharing their concerns and reactions to the vote.