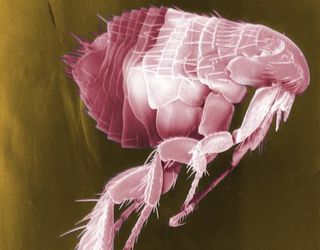 There's been an unusually high number of plague cases in the United States this year, according to a new report from the Centers for Disease Control and Prevention (CDC).

"It is unclear why the number of cases in 2015 is higher than usual," the researchers said.

So far this year, there have been four cases of plague in Colorado, two in Arizona, two in New Mexico and one each in California, Georgia and Oregon, the report said.

The plague cases in Georgia and California both occurred in people who visited Yosemite National Park this summer.

Plague is caused by bacteria called Yersinia pestis, which are carried by rodents and their fleas. The disease is endemic to rural areas of the western United States, although cases are rare. The most common way for people to contract plague is from fleabites, but people can also get the disease if they come in contact with infected animals, or their tissue or fluids, the CDC says. [Pictures of a Killer: A Plague Gallery]

Without treatment, plague causes death in about 60 to 90 percent of cases, the CDC said. However, with antibiotics treatments available today, the death rate has dropped to about 16 percent. Out of the 11 plague patients this year, three have died.

In an interview last week, Dr. Bruno Chomel, a professor at the University of California. Davis, School of Veterinary Medicine, speculated that the California drought may be one reason for the increase in plague cases in that state. (The last time California had plague cases, besides this year, was 2006.) If the drought is limiting food options for rodents, the animals may be seeking food in campgrounds, he said.

To prevent plague, the CDC recommends that people who take part in outdoor activities in areas where the disease is endemic should wear long pants, use insect repellent, and avoid contact with ill or dead animals. (Endemic areas include rural and semirural areas in the western United States, according to the CDC). People should also avoid feeding squirrels, chipmunks or other rodents.