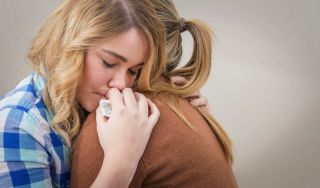 Being in poor health as a teenager can have a long-term influence on someone's educational and job opportunities in adulthood, a new review suggests.

Researchers found that teens with either mental health or chronic physical health conditions were less likely to graduate high school or finish college, and were more likely to be unemployed or have lower-income jobs as adults compared with healthy teens.

The analysis also showed that teens with mental health problems fared worse than those with physical health issues in terms of economic and academic outcomes as young adults.

"Mental health conditions may be more detrimental than physical health conditions, because they are linked with social isolation and exclusion, which are both linked with poor employment and education outcomes," said Daniel Hale, co-author of the study and a research associate in children's health policy at University College London.

Another reason for mental health's greater impact on a teen's school and work achievements may be that it is tied to behavioral issues, such as misbehavior in the classroom, truancy and substance use, said Hale, who conducted the study along with his colleague Leonardo Bevilacqua, a research assistant at the university. [10 Facts Every Parent Should Know About Their Teen's Brain]

For example, the analysis found that teens with mental health conditions were more than twice as likely to not complete high school compared with healthy teens.

In the review, published online today (June 22) in the journal Pediatrics, the researchers analyzed data from 27 previous studies of young people, ages 11 to 18. The studies followed the teens over time into adulthood, up to their 20s or mid-30s.

Eighteen of the studies looked at mental health conditions in teens, such as major depression, attention-deficit hyperactivity disorder (ADHD) and behavioral problems, and their association with occupational and educational outcomes as adults. The rest of the studies examined the effects of teens' physical health problems, such as juvenile arthritis.

"We identified substantially less evidence regarding physical health conditions in teens, so it is difficult to draw firm conclusions about its relative impact," Hale told Live Science.

He said the research team is currently investigating the reasons why poor health in young people disrupts their educational and employment pathways, and which specific mental health conditions are associated with these negative outcomes. The researchers are also looking for the reasons behind the worse outcomes, such as absences from school due to illness, social exclusion, truancy from school, substance use and poor conduct in the classroom.

"The findings show that good health is extremely important for maximizing a young person's chances of having good educational and employment outcomes," Hale said.

For teens, having poor health can create a vicious cycle in which their health problems contribute to poor educational and attainment outcomes, and in turn, these two factors may further contribute to stress and poor health.

The results also suggest that schools should think of their students' health as part of the institution's core business, Hale said.

He said that schools can help struggling young people with good, school-based health services and health education that support students with health conditions, and communicates well with their parents.

These activities don't detract from a teen's typical academic learning, Hale said. Rather, "they actively support young people's educational attainment, and in turn, their employment opportunities."