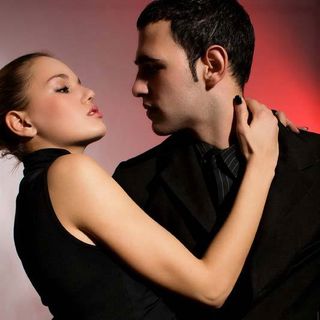 Dr. Andrew Adesman is chief of the Division of Developmental & Behavioral Pediatrics at Cohen Children’s Medical Center (CCMC) of New York and recently co-authored aresearch review article on the adverse impact of violent video games and pornography on teenagers. Alexis Tchaconas is a full-time research assistant in the Department of Pediatrics at CCMC and will be starting medical school this fall. The authors contributed this article to Live Science's Expert Voices: Op-Ed & Insights.

Coming to a theater near you is Hollywood's long-awaited release of "Fifty Shades of Grey" — a movie that will undoubtedly bring the public's fascination with the original novel's tales of sadomasochism and bondage to a veritable climax. Adults who choose to see the film will recognize its focus on sadomasochistic eroticism for what it is — atypical and potentially harmful sexual relations between two adults — more specifically, two consenting adults.

As researchers who have studied dating violence among teens, we are concerned about the potential adverse impact of this film on kids. Sure, the film's R rating will make it difficult for many teens to see the movie right away. But where there's a will, there's often a way. Many high school students ages 17 and younger will get to see the movie — whether by using fake IDs at theaters in the near term, or down the road, by watching the DVD or an online, streamed version in the comfort and privacy of their homes. It is unrealistic to think that teens won't get to see this movie. And although we recognize that adolescence is a time for sexual curiosity and discovery, most child health professionals would consider this film inappropriate viewing material for teens.

Viewing S&M is not harmless for teens

In recent months, the media has paid considerable attention to on-campus rapes and spousal abuse at the hands of high-profile athletes and entertainers. By contrast, very little attention has been given to dating violence among high school students, even though research has linked exposure to violence and pornography in movies during adolescence to increased aggression and permissive sexual behavior, respectively.

In a 2008 study led by Keilah Worth in Pediatrics, approximately 3 million out of 40 million (12.5 percent) of surveyed youth ages 10 to 14 have viewed movies that were rated R for violence. Teens who view violent television programs are more likely to become aggressive than their non-viewing counterparts, which then leads to the use of violence to settle conflicts, lack of trust in others, and the use of violence for self-protection, according to 2013 research by ob-gyn Dr. Michael Cardwell in Southern Medical Journal.

In terms of teen viewing of erotic material, pediatrician Dr. Deborah Braun-Courville and pediatrics researcher Mary Rojas found that adolescents who visited sexually explicit websites were more likely to engage in risky sexual behaviors such as having sex with multiple partners and using controlled substances or alcohol during sex. The researchers also found that those teens have a more permissive attitude toward sex than their counterparts who did not access pornographic content on-line. In yet another study, led by researcher Ross O'Hara and published in Psychological Science in 2012, early movie sexual exposure (i.e., viewing movies with sexual content before age 16) has been found to be predictive of engagement in risky sexual behaviors by altering sexual behavior and accelerating the typical development of sensation-seeking during adolescence. There is also evidence, from a study in Adolescent Medicine in 2007, that earlier exposure to sex in the media expedites sexual debut among adolescents.

The impacts of dating violence

Getting back to concerns about dating violence and its adverse impact on teens, we and others have analyzed data from the Youth Risk Behavior Surveillance System(YRBSS) — a biennial survey conducted by the U.S. Centers for Disease Control and Prevention (CDC) of a nationally representative sample of adolescents in high schools across the nation. This survey focuses on many different risk-taking behaviors, including dating violence. Study participation is anonymous and voluntary (with parental consent).

In 2013, the YRBS national sample consisted of 13,633 participants from 148 public and private schools. Based on those responses (which solicited more detailed information about students' past experience with physical or sexual dating violence than past surveys), the CDC notes that large numbers of teens are victims of physical and sexual dating violence every year. For example, nearly 1 million high school girls in the United States were victims of sexual dating violence (forced to do something sexually against their will). That same year, 10 percent or more of high school girls who were dating reported being forced to engage in sexual intercourse within the prior 12 months.

Overall, according to CDC data, 14.4 percent of high schools girls who dated experienced sexual dating violence within the past year. The prevalence of physical dating violence was almost as high: 13 percent reported that their boyfriends hit, slapped or physically hurt them on purpose. Tragically (but not surprisingly), our own analysis of these data reveals that about one-third of teens who reported dating violence were the victim of both sexual and physical violence.

After violence, the harm persists

Dating violence has consequences beyond the direct physical trauma and its immediate emotional impact. For example, in 2013 research led by Donna Howard at the University of Maryland School of Public Health, physical dating violence has been linked to a set of psychosocial risk factors, particularly sad/hopeless feelings, suicidal ideation, and physical fighting.

Mature audiences may enjoy the escapist fantasies of the "Fifty Shades" trilogy. But given the work's more visual and graphic depiction of bondage, domination and sadomasochism (even if done "tastefully" by mature adult standards), parents, teachers, pediatricians and other child-health professionals must be prepared to educate and counsel teens who view this movie about what constitutes healthy sexual behavior.

It is naïve to think that a film that sensationalizes sexual sadomasochism won't adversely affect some younger teens during their sexually formative years. Simply put, some truths are black and white, not shades of grey.

Follow all of the Expert Voices issues and debates — and become part of the discussion — on Facebook, Twitter and Google+. The views expressed are those of the author and do not necessarily reflect the views of the publisher. This version of the article was originally published on LiveScience.