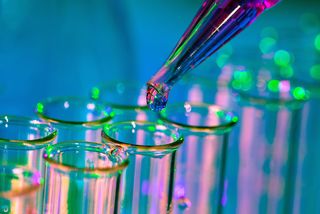 Celia Wexler is a senior Washington Representative for the Center for Science and Democracy at the Union of Concerned Scientists (UCS), where she focuses on food and drug safety, protections for scientist whistle-blowers and government transparency and accountability. She is the author of "Out of the News: Former Journalists Discuss a Profession in Crisis" (McFarland, 2012). She contributed this article to Live Science's Expert Voices: Op-Ed & Insights.

You can say one thing about the U.S. House of Representatives leadership. They're good about recycling — holding repeated votes on the same bills they've already passed. So I guess no one should be surprised that one of the first bills the new House will vote on this week is a retread, and a nasty one at that. The bill, the Regulatory Accountability Act (RAA), sounds pretty harmless and wonky. It is wonky, buried in thousands of words that mask its true intention, which is not harmless at all. The bill would take a sledge hammer to science-informed policymaking at federal agencies. [Why I'll Talk Politics With Climate Change Deniers — But Not Science ]

Why should the nation care? Because instead of science informing the decisions our government makes about protecting our environment, public health and safety, those decisions would be driven by the wants of regulated industries, putting average Americans in jeopardy.

The bill's impact dramatically affects the fundamental regulatory process, so that nearly every type of protective regulation is vulnerable. As a result, the RAA is opposed by groups who advocate on a variety of issues, ranging from consumer safety and financial reform to food safety and worker rights.

Slowing the pace of government to a crawl

Currently, when agencies want to issue a regulation, they already must follow a process dictated by at least six existing laws. They have to give the public and those interests affected by the regulation a chance to comment on it. They must explain why the regulation is needed and routinely attempt to estimate its costs and benefits. Regulations can also be challenged in court. This ensures that agencies take procedural requirements seriously when they develop a rule, because the failure to do so can lead to the rule being rejected by the court, sending the agency back to the beginning of the process to start all over again.

Years pass between the time a rule is proposed and its implementation. Even when a regulated industry does not oppose a rule, such as a rule that imposes stronger safety requirements on the operation of construction cranes and derricks, it can take more than six years for a final rule to be issued.

But the RAA would add dozens of new procedures for agencies to follow, and likely would add several more years to the current process.

For example, this bill would require agencies to estimate not only the direct costs and benefits of a proposed regulation but also "indirect" costs, including impacts on jobs and wages — yet the bill doesn't define what an indirect cost is. It requires agencies to examine every alternative to the rule being proposed and the indirect and direct costs of each. It requires the White House Office of Management and Budget (OMB) to produce mandatory guidelines stipulating how agencies should do these estimates. If agencies fail to do exactly as OMB requires, this alone can be a reason for a judge to throw out the regulation altogether. And, the bill would require agencies to conduct a formal "hearing" for any rule that has a $1 billion or greater cost (though anyone who objects to smaller rules — those that cost $100 million or more — can petition the agency to conduct a formal hearing, as well).

Such hearings would give regulated industries the right to cross-examine agency officials, and to re-examine, in a trial setting, the agency's justification of costs and benefits and alternatives to the rule. When the administrative law and regulatory experts at the American Bar Association looked at an earlier version of the RAA, they found this hearing requirement particularly troubling, noting that "trial-type methods are usually unsuitable in generalized rulemaking proceedings," and that "not one scholarly article" written over the past 30 years supported this type of formal rulemaking.

The rise of the zombie bills

You might want to call this the first in what we expect to be a long list of "zombie bills" — retreads of bills which failed to become law in previous years, but have been resurrected one more time. These legislative proposals harm science-informed policy, jeopardizing public health, safety and the environment.

The House leadership isn't crazy. They suspect that the shift in power in the U.S. Senate means that these terrible bills may have a chance at life this Congress. Bob Goodlatte (R-Va.), the powerful chairman of the House Judiciary Committee, and conservative Democratic co-sponsor Collin Peterson (D-Minn.) claim that the bill would "modernize" the regulatory process. That is absolutely not what the bill would do, nor what it was designed to do.

This is much more about delaying and blocking regulations and preventing agencies from carrying out their statutory missions. Goodlatte has been an ardent criticof the Environmental Protection Agency's (EPA) rules on a variety of issues. And Peterson has been waging war against the Administration's efforts to address climate change.

The bill has never drawn substantial bipartisan support. When the RAA passed the House late last year, it received the votes of 28 Democrats, but that was largely because it was part of a package that include a positive proposal, a bill that would help veterans get jobs. House members, particularly in vulnerable districts, were wary of voting against that provision right before the election. Roughly half of the Democrats who supported the bill either retired or were defeated last November.

But the bill has had the consistent and vigorous support of big business groups. Indeed, the Chamber of Commercehas listed passage of the RAA as one of its major goals this year.

This bill is deliberately complicated. You would have to be a regulatory lawyer to perceive all the traps, and even then you might miss some. Essentially what the RAA would do is hamstring federal agencies with additional procedural burdens when they try to carry out their mandates using the best available science. [How Much Say Should Congress Have in Science Funding? ]

When James Goodwin of the Center for Progressive Reform looked at the bill, he found it would add a whopping 74 additional procedural requirements agencies would have to undertake to propose and implement regulations, including those that protect the environment, public health and safety.

Even assessing risk, which should be in the hands of scientists, would be second-guessed by White House officials. Goodlatte's proposal requires that the White House Office of Information and Regulatory Affairs (OIRA) develop guidelines for assessing risk, and that agencies must conform to whatever OIRA imposes — despite the fact that OIRA's small staff, which includes only a handful of scientists, lacks the scientific and technical expertise that federal agency scientists possess. OIRA bean counters should not be in the business of determining what constitutes a scientifically valid risk assessment.

In passing bipartisan laws such as the Clean Air Act and Clean Water Act, Congress told the EPA that preserving the environment and protecting public health was its core mission, and directed that it should not nickel-and-dime regulations that have ensured that future generations have access to unpolluted lakes and rivers and breathable air.

The RAA would jeopardize that mandate. The EPA would be much more vulnerable to legal challenges of its rules based on their costs, even if those rules were crucial to protecting air and water and safeguarding public health — indeed, even if those rules have enormous long-term economic benefits or savings.

That's because costs are specific and supplied by regulated industries. But benefits, particularly long-term ones, are far more difficult for an agency to quantify. How do you figure out the value of your children not getting asthma from smoggy air and being able to play outside? The RAA emphasizes the costs to businesses, not the long-term benefits to the public.

The worst part of the bill is the blatant cynicism it demonstrates. This bill harms science, but it also harms democracy. In rushing this complicated legislative proposal during the first weeks of Congress, House leaders are subverting the democratic process. If Congress wants an open and public debate on the value of bipartisan public protections built over the past century, then it should do so directly.

But Goodlatte, Peterson and others may suspect that they'd lose in a fair fight over the value of clean air and water and public health and safety. Last year, when respected pollster Celinda Lake Recent did national polling and convened focus groups to measure public attitudes towards regulation and regulatory enforcement, she was surprised to find strong support for federal agencies that crosses party and ideological lines. Even the EPA, often the target of congressional critiques, received the support of more than half of those polled, well above popular support for Congress, which hovers around 10 percent. The average voter understands and respects the work of agencies and knows the value of regulations that protect public health, safety and the environment. Those polled want regulations to be enforced, and enforced fairly. They don't like the idea of big companies rigging the system. And the RAA not only ups the game, but gives priority seats to select players — regulated industries.

So instead of having a fair debate over the merits of science-informed public policies, Goodlatte and Peterson and House leaders want to sneak this bill through. Their efforts suggest that they know full well that most House members, particularly the 73 House freshmen who can barely find their offices, won't understand the bill, or its full implications.

I will give the House leadership points for one thing: This blatant attempt to subvert public protections has brought together science, consumer, public health, financial reform and environmental activists. Americans continue to believe that democracy means that our elected officials ought to make policies that benefit their constituents, not their big donors. Let's hope the nation can drive a stake through the heart of this and future "zombie" bills.